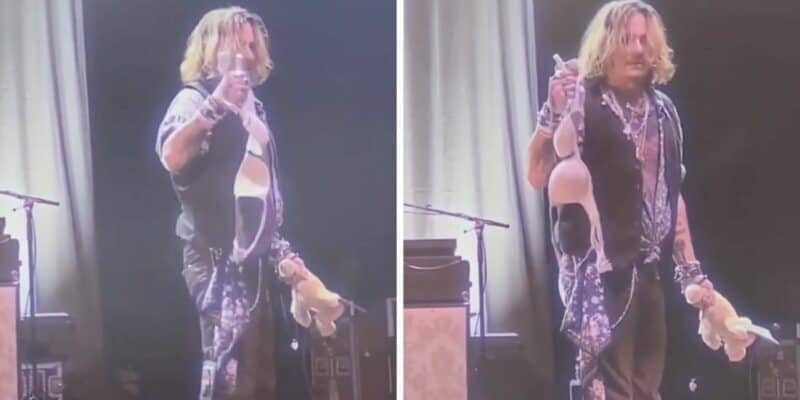 Johnny Depp has been in the United Kingdom as he has been making surprise appearances at Jeff Beck gigs ever since his defamation trial against ex-wife Amber Heard ended.

Related: Johnny Depp Reportedly Confided In Instagram Influencer Who Claims He Is “Naive”

At a recent show, fans yelled and cheered on Johnny Depp as he walked off stage, with one fan even throwing her bra up on stage. Depp picked it up and started laughing before disappearing backstage.

A few moments later, a security guard came back with the bra, complete with a Johnny Depp signature. (We can bet Depp will be seeing a lot more bras thrown up on stage in the near future.)

You can see the full video below or by clicking here.

In case you were not aware, Johnny Depp sued his ex-wife, Amber Heard, 35, (Aquaman (2018), The Rum Diary (2011), Drive Angry Piper (2011), and more) for defamation after she wrote an op-ed for The Washington Post, where she referred to herself as a “public figure representing domestic abuse.”

Although Depp was not inside the courtroom while the verdict was read, he released a statement regarding the outcome, saying, in part:

Are you a supporter of Johnny Depp? Let us know in the comments below.