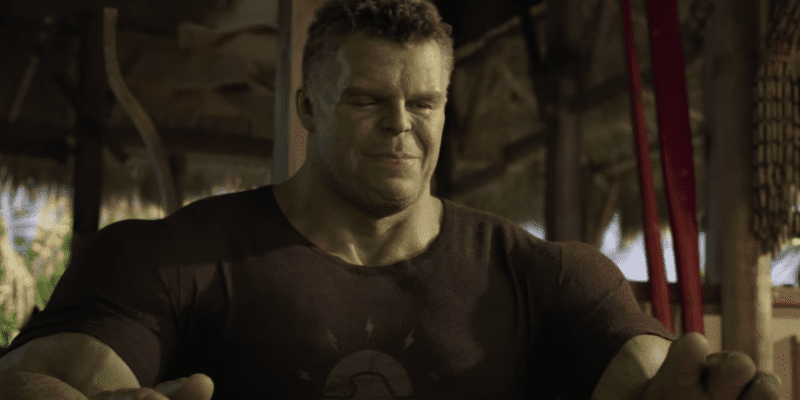 She-Hulk: Attorney At Law has fans believing that a featurette for the series hides a reference to Ghost Rider.

Marvel’s next MCU series will be Tatiana Maslany’s She-Hulk, which will have something for almost every Marvel fan. Fans who love cameos or obscure characters should tune in for She-Hulk as the series promises to have Charlie Cox’s Daredevil and a few other surprises.

The 9-episode season will also include Mark Ruffalo reprising his role as Bruce Banner/Hulk as he helps She-Hulk figure out her abilities. Maslany’s Jennifer Walters will also be leading a new division in her firm dedicated to cases for super-powered individuals, and she will break the fourth wall in the series.

Surprisingly enough, one of the recent trailers has fans believing that Ghost Rider might be showing up in the MCU sooner than originally thought due to a poster supposedly saying, Johnny Blaze:

While fans might immediately jump to conclusions, it’s worth noting that Johnny is a six-letter name, and the poster seems to have five. Due to the poor quality, it’s hard to tell whether or not the name is or isn’t Johnny, but fans shouldn’t expect Nicolas Cage to show up as Johnny Blaze/Ghost Rider in the series.

Fans have spent the last couple of hours debating this topic, but one fan shared that other stills indicate that the person wearing the cowboy hat is probably one of the clients whom Wong will take to the court in the series:

You guys are embarrassing yourselves. That is the magician Wong is suing for being a charlatan. The guy even has hiis stance on the poster like in the trailer.

You guys are embarrassing yourselves. That is the magician Wong is suing for being a charlatan. The guy even has hiis stance on the poster like in the trailer. pic.twitter.com/UXSEW09N1Z

Fans will have to wait and see what will happen, but the chances of Ghost Rider popping up in She-Hulk are slim.