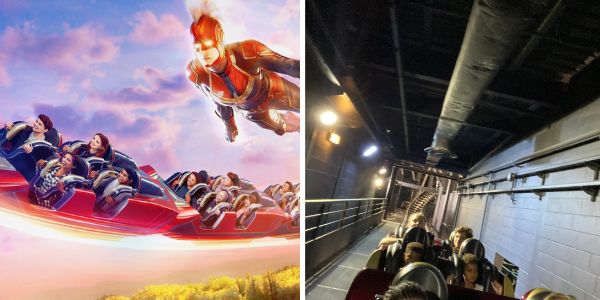 Excited Guests were recently left stuck on one of Disney’s newest rides, just hours before the official opening day.

However, with just hours until the official opening of Avengers Campus, the new coaster was experiencing some technical difficulties, as Twitter user Disneyland Paris Works (@DisneylandWorks) shared below:

[Live] Update, we rode the Avengers Assemble Flight Force, and guess what … we got stocked, and now about to be evacuated !

[Live] Update, we rode the Avengers Assemble Flight Force, and guess what … we got stocked, and now about to be evacuated ! 👌 pic.twitter.com/7S57Ohz9cR

We’re sure this breakdown is due to it being a new attraction, and we always expect a few kinks to show up. With the official opening day upon us, we hope everything was worked out.