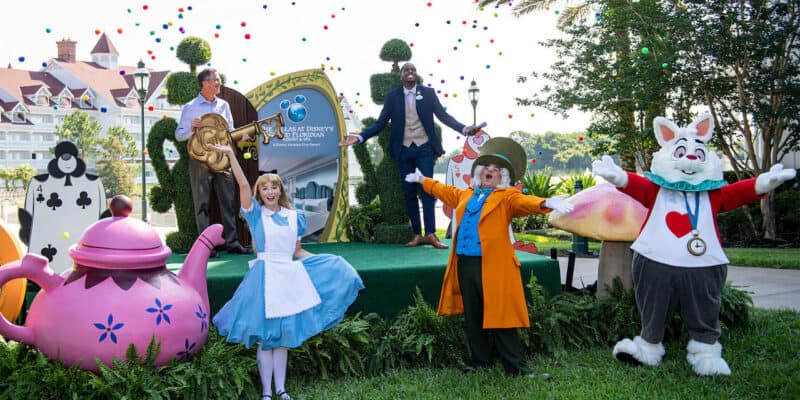 As a result, Disney has launched a divisive multi-year retheme of the Resort, including a reimagining of fan-favorite seafood restaurant, Narcoossee’s. Furthermore, Disney officials have already rethemed Mizner’s Lounge with the Beauty and the Beast-inspired Enchanted Rose Lounge and redone Citrico’s with a Mary Poppins-influenced design.

Now, Disney has officially unveiled this newest phase of the Grand Floridian’s retheme — and it couldn’t be more stunning.

The Disney Parks Instagram account shared a video tour of the new DVC studios, which have completely taken over one of the buildings on Grand Floridian property:

It’s an exciting time at The Villas at Disney’s Grand Floridian Resort & Spa! Yesterday, Disney Vacation Club unlocked the door to more than 200 new resort studios. Head on over to the Disney Parks Blog (link in bio) for photos and more from the “Grand” opening.

As noted in the Instagram caption, Disney Parks Blog shared additional details about the grand opening ceremony, including photos of a special appearance by Alice, Mad Hatter, and the White Rabbit!

The post also went on to share specifics for families who may be interested in booking a stay at one of the Grand Floridian’s new Villas:

There is a room type for every family at The Villas at Disney’s Grand Floridian Resort & Spa. The new resort studio features two queen-size beds and a daybed, welcoming up to five guests. Deluxe studios feature a kitchenette and sleep up to five guests. One- and two-bedroom villas include kitchens and large living areas featuring the comforts of home. Three-bedroom grand villas sleep up to 12 guests.

Are you excited that “Grand Flo” is getting rethemed?