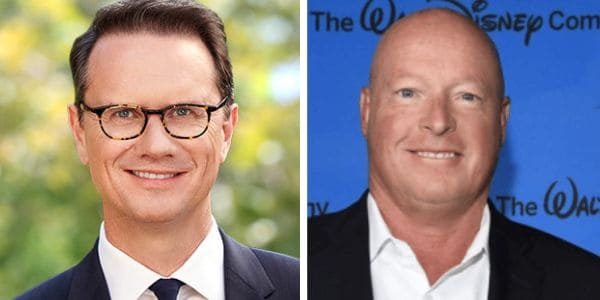 In a somewhat surprising move, The Walt Disney Company has fired Peter Rice, the company’s most senior television content executive.

The reason for this choice was cited as “an ill fit with Disney’s corporate culture, according to three people briefed on the matter who spoke on the condition of anonymity to discuss confidential information”, according to The New York Times. Peter Rice served as chairman of Disney General Entertainment Content, a division of the company which is responsible for more than 300 shows that premiere on platforms like ABC, Disney Channel, Disney+, Hulu, and FX.

Rice was ousted by infamous Disney CEO Bob Chapek in a meeting on Wednesday, according to soruces. Rice had recently renewed his contract at Disney which extended until the end of 2024, meaning Disney will be buying him out of his contract.

Rice started his career in 1987 when he interned at 20th Century Fox, ironically a company now owned by Disney. Over the next three decades, he became close to entertainment giant Rupert Murdoch.

This shakeup in Disney management might lead some to look toward Chapek, as it has been rumored many times his exit from the company was imminent. However, Susan E. Arnold, chairwoman of Disney’s board, said Chapek had the board’s backing.

“The strength of the Walt Disney Company’s businesses coming out of the pandemic is a testament to Bob’s leadership and vision for the company’s future,” she said. “In this important time of business growth and transformation, we are committed to keeping Disney on the successful path it is on today, and Bob and his leadership team have the support and confidence of the Board.”

This unwavering support for Chapek may come as a surprise, especially at such a tumultuous time for the company.

For almost four decades, only two CEOs served The Walt Disney Company, those being Michael Eisner from 1984 to 2005 and Bob Iger from 2005 to 2020. Now with two years on the job under his belt, Bob Chapek is facing a crisis that has the potential to rival or even topple the issues Eisner faced throughout the 80s and ’90s at the company. After fierce opposition to Chapek’s handling of Florida’s “Don’t Say Gay” bill, nearly every facet of the company came out in firm opposition to the bill, making Chapek’s original memo look lackluster, to say the least.

Only time will tell where The Walt Disney Company will end up and how Bob Chapek will be remembered but for now, Disney certainly has its work cut out for itself.

What do you think of Bob Chapek?