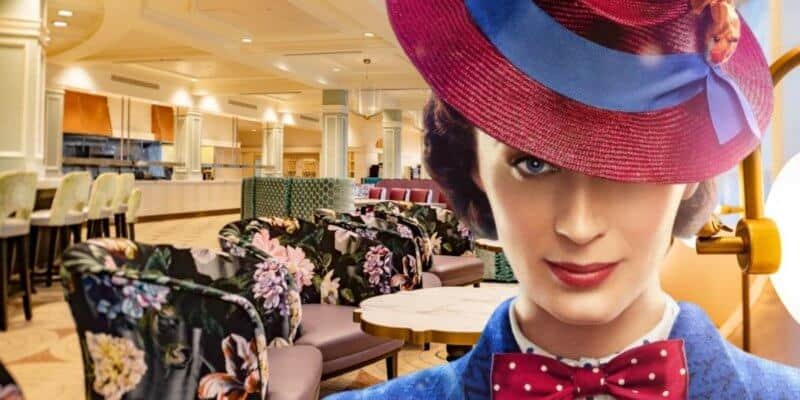 Big changes are underway at Disney’s Grand Floridian Resort, and it seems that the Mary Poppins theming many DVC Guests get to enjoy is about to play a much larger role in the Resort!

Cítricos has just announced that the restaurant will open on July 15, with bookings available on July 1.

I am so excited to announce you can now dine “underneath the lovely London sky” in the newly reimagined Cítricos at Disney’s Grand Floridian Resort & Spa, which pays homage to the whimsy and elegance of Mary Poppins Returns. Taking subtle cues from the movie’s animated sequence, the dining room brings guests into a fanciful garden setting where you can “trip a little light fantastic” as you experience the restaurant surrounded by the glow from decorative lamps and chandeliers.

NEW: Cítricos will reopen on July 15 with a new look. The newly re-imagined restaurant will pay homage to Mary Poppins Returns.

NEW: Cítricos will reopen on July 15 with a new look. The newly re-imagined restaurant will pay homage to Mary Poppins Returns. pic.twitter.com/FCx2Z4mNOu

As we mentioned above, Mary Poppins already plays a heavy role at Disney’s Grand Floridian Resort and Spa, so this addition makes sense in terms of a related IP being added to a dining location. The DVC lobby of the Resort has the penguins from the film frolicking around a fountain, and in many of the rooms, there are Mary Poppins silhouette designs. All of these references are towards the original 1964 film, and by adding in some references to the newer Mary Poppins Returns films starring Emily Blunt, Disney is incorporating all of their Mary Poppins films.

Considering The Enchanted Rose has subtle references to Beauty and the Beast, and the new Citricos is only meant to pay homage to the film, it is likely that the design and addition of the IP will not be too over the top, however, that is purely speculation on our end.

Are you excited to see Mary Poppins Returns take over Citricos? Let us know your thoughts in the comments below!