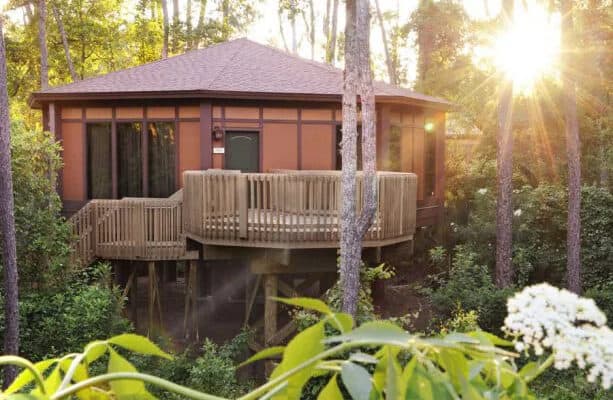 If you’ve ever stayed onsite at Walt Disney World Resort, you undoubtedly know that there are dozens of onsite hotels for Guests fall into three categories — Disney Value Resorts, Disney Moderate Resorts, and Disney Deluxe Resorts — all of which are designed for different budgets.

Related: You Can Visit Disney World For FREE — Here’s How

Finally, Deluxe Resorts such as Disney’s Polynesian Village Resort, Disney’s Grand Floridian Resort & Spa, and Disney’s Riviera Resort, are generally priced well over $500 for each night of a family’s stay.

The same contractor — Central Florida-based Faden Builders — is listed on both the first and second batch of Disney construction permits.

Although no announcement has been made specifically regarding updates to the Treehouse Villas at Disney’s Saratoga Springs , Walt Disney World Resort has been making changes to several of the Disney Vacation Club Villa options on property.

Therefore, it wouldn’t be shocking to see the rustic Treehouse Villas upgraded at some point in the near future.

Do you think Disney’s Treehouse Villas are in need of an update?