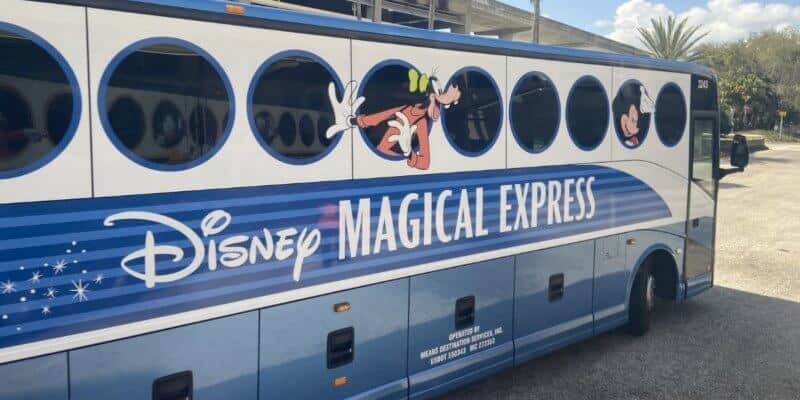 Over the years, Walt Disney World Resort’s Disney Springs Brightline train station has run into a number of issues before being completely scrapped, which was confirmed as of today.

Related: Man Dies After Being Struck on Tracks By Disney’s Train Partner

In April 2021, Orlando Business Journal outlined talks between Universal Orlando Resort and Brightline, in which the theme park officials were trying to convince transportation executives that there should be a stop on the upcoming rail line on International Drive. International Drive is a key location for Universal as they are building their newest theme park, Epic Universe, right off of that major Orlando road.

Now, per the Orlando Sentinel, Brightline has made the decision to go the I-Drive route, leaving Disney Springs completely off of its new train’s route. This led to The Walt Disney Company’s decision to back away from its prior deal:

…Walt Disney World said it was stepping back from a previous agreement toward establishing a Brightline station at its Disney Springs commercial district because redrawn plans for the rail corridor now include International Drive and don’t go directly to Disney as originally proposed.

“As many people who are involved in this project are aware, the new route configuration does not support a Disney Springs station and as a result, we don’t anticipate being part of this project,” said Disney spokesperson Avery Maehrer, who declined to provide further detail.

For many Disney World fans who were expecting the Brightline high-speed rail to serve as an alternative to Disney’s now-defunct Magical Express bus service — which was operated by Mears — this news has come as something of a blow.

It has also led some Park goers to speculate as to whether or not Magical Express could come back in some capacity.

In reaction to the Brightline news, The Dorks took to Twitter to quip:

BREAKING PREDICTION: Disney is big mad at Brightline for going with the 528 route (OCCC, I-Drive, UOR) instead of the original direct from MCO to Disney Springs 417 route and cancelled the Disney Springs station. Magical Express RETURNS as Disney was banking on the 417 route.

BREAKING PREDICTION: Disney is big mad at Brightline for going with the 528 route (OCCC, I-Drive, UOR) instead of the original direct from MCO to Disney Springs 417 route and cancelled the Disney Springs station. Magical Express RETURNS as Disney was banking on the 417 route.

Another user, Noah the Disneyer, very seriously wants Magical Express to return, posting, “Who cares [about Brightline]? let’s bring back the magical express!!!”

Twitter user, Annie, expressed similar sentiments in response to the Brightline station’s cancelation, “wait are you serious…and now what’s the excuse for no magical express?”

Greg in Orlando didn’t go so far as suggesting Magical Express will return, but did share disappointment that the beloved service was canceled for something that never came to fruition:

Magical express gets nixed for a promised train that was never going to happen.

Magical express gets nixed for a promised train that was never going to happen. https://t.co/WYwCC0b0wT

Malinda was also irate about the news, writing:

At this time, Disney World has not issued a public statement about the cancelation of the Brightline train station on Disney property or the future of a Disney-owned bus service between MCO and the Parks.

What do you think about the Disney Springs Brightline stop being scrapped?