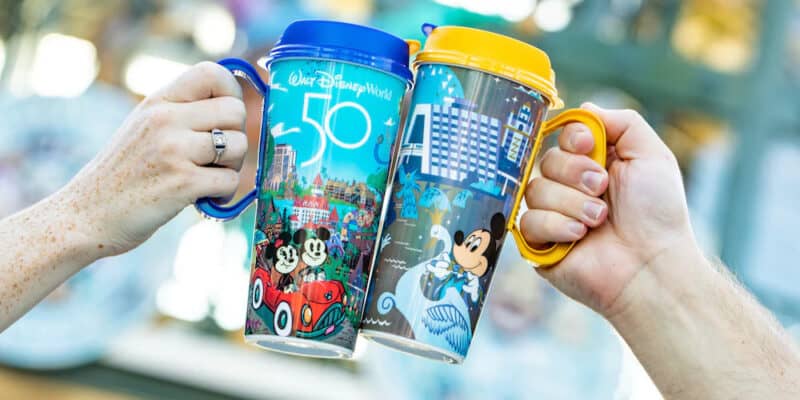 Whether it’s your first visit to Walt Disney World Resort or your 100th, there is always something new to learn about how to maximize the value of your next magical vacation.

One thing many Guests are curious about is how free drink refills work at Disney World hotels and theme parks. This comprehensive guide will provide you with everything you need to know about getting refills at no charge next time you visit Walt Disney World Resort property.

What is the Disney World refillable mug program?

While there are many perks to staying at one of Walt Disney World Resort’s onsite hotels, many longtime Guests believe one of the most valuable benefits — yet oft underappreciated — is the refillable mug program.

Related: There’s a Little-Known Hack For Getting Fresh Groceries During Your Disney Trip

It is important to note that there are limits on how long refillable mugs can be used — and, remember, they are only good at Disney World Resort hotels, not in theme parks or at Disney Springs.

How long can you use a Disney World refillable souvenir mug?

It is important to note that the RFID-enabled “Rapid Fill” Disney World mugs have not existed forever (obviously, since RFID technology is relatively new).

If you own a “forever mug” that existed before the “Rapid Fill” system went into effect there is technically no reason you can’t continue using that particular Disney World souvenir to your heart’s content — however, if a Cast Member tells you you need to purchase a new mug to align with current protocols, the right and ethical thing would be to adhere to Disney’s present regulations.

Can Disney World refillable mugs be used at theme parks?

Related: Cinderella’s Royal Table and What You Need to Know

The Florida heat can be very intense, so hydration is incredibly important. While there are resort refillable mugs, which will allow you to refill your mugs with soda, coffee, tea and other beverages at the Disney Resort hotels, unfortunately, there are no refillable mugs for the theme parks. However, you will find quite a few beverage options to purchase throughout Magic Kingdom. You are also free to bring beverages with you into the theme parks, provided you don’t bring any alcohol or glass containers. Finally, you can always get complimentary ice water from any quick service restaurant. I like to use complimentary cups of ice water to refill water bottles that we carry throughout the day!

Can you get free refills at Walt Disney World Resort restaurants?

Guests who aren’t staying at onsite Resorts are, of course, welcome to bring their own water bottles into all of Disney World’s theme parks and water parks. Visitors can also purchase beverages at various establishments, including Quick Service and Table Service restaurants.

When dining at a Table-Service Restaurant fountain drinks come with complimentary refills. Other beverages, such as coffee and tea also come with refills as well. If you would like a specialty beverage such as a smoothie or milkshake they will not be refillable. Much to my daughter’s dismay, slushy drinks are non-refillable as well. During breakfast buffets I have also received complimentary refills on my milk as well as different types of juices. During dinner, complimentary refills on beverages like milk and juice can be hit or miss. We have been at several dining locations where they have been included while others have added the extra beverages to our cheque.

Signature Dining Locations also offer free refills on fountain drinks. There are also several Quick-Service Dining Locations that offer refills. Those restaurants will have self-serve beverage stations and guests are able to refill their beverages as they wish.

Which Quick Service restaurants have free refills at Disney World?

A recent Reddit thread shared a list of Quick Service locations where Disney World Guests can get free beverage refills:

What is a Disney Quick Service restaurant?

A Walt Disney World quick-service restaurant offers great food and fast service. They are generally either cafeteria-style or counter-service venues. You order or take the food items that you want, pay for your food and sit down to enjoy your meal.

Do you enjoy using free drink refill options during your Disney Parks vacations?