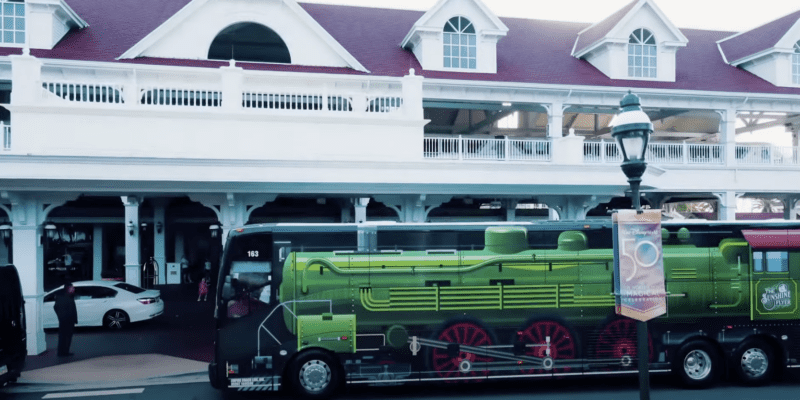 If you are missing Disney’s Magical Express, we may have another themed alternative for you — and it is not what you think.

Although it does the job, the Mears Connect busses are just a standard coach bus, and for many Disney fans who loved the Magical Express, the idea of losing the Disney theming and magic was the real reason they were sad, more so than the practicality of the transport it provided. Now, it may not be Disney, but The Sunshine Flyer is a themed motor coach bringing Guests into the roaring 20s’ while they head to their Walt Disney World Resort!

The Sunshine Flyer brings the era of 1920’s rail travel to the start of your vacation. The Sunshine Flyer’s buses will bring you and your family from Orlando Airport to Walt Disney World® Resorts on a late model, premium motorcoach with a theme centered around old-fashioned passenger cars and train locomotives. From the bus designs to drivers and staff dressed as 1920’s rail conductors and engineers, the Sunshine Flyer experience starts shortly after you step off the plane.

Each motorcoach will be wrapped either as a 1920’s era locomotive or passenger car. No two vehicle designs will be the same, providing a distinctiveness for each Sunshine Flyer ride, giving first time riders and returning guests a new experience and photo opportunity each time they ride the Sunshine Flyer.

You can also check out a video below to get a clearer picture of what The Sunshine Flyer looks like:

As you can see, the theming it largely placed on the wrap of the bus, and the driver is costumed to resemble a conductor which is a really fun spin on the storyline. Considering trains play such a big role in Walt Disney World history, this is a perfect way to enter the Most Magical Place on Earth.

What do you think of The Sunshine Flyer? Let us know in the comments below.