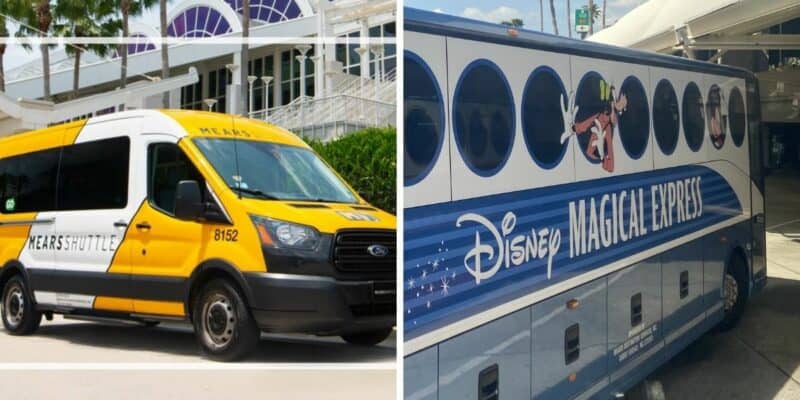 Disney’s Magical Express, the complementary mode of transportation that brought Guests to and from Orlando International Airport, is officially retired.

Although Disney no longer offers an airport transportation service, Guests traveling to the Most Magical Place on Earth have other options to get to and from the airport and Walt Disney World Resort, including Mears Connect.

So, how does Mears Connect compare to Disney’s Magical Express? Here’s what recent Guests are saying.

At this time, Disney has not announced a complementary replacement for Magical Express, but Guests have others options to get to and from the airport, including calling an Uber or using the Mears Connect service.

Since not many people have used Mears Connect before as they relied on Disney’s Magical Express, we were curious to see how the two services compared to one another. Many Guests have taken to social media to voice their honest opinions about Mears Connect, which overall, has received decent feedback.

Related: What to Know About the Costly Replacement For Disney’s Magical Express

Got express. Service from airport to Riviera was fast and easy. Our return to the airport never showed. An hour later they sent a taxi and said they would refund our money. Never got the refund. Will probably try Sunshine Flyer next year. Wasn’t happy.

And another Guest chimed in saying that Mears Connect was very quick and easy:

The boarding/drop off was so quick for our standard service, I can’t imagine that the express option is that much faster. Our bus went directly from the airport to AoA and then Pop. Even if you were on the second stop, that doesn’t add much time. Maybe if you just really don’t want to ride a bus that also has other people in it for 30 min, express might be worth it — but that seems a little bougie in my opinion

One recent traveler explained that they used Mears earlier this month and didn’t have any issues with the service. They explained their situation by saying:

So I used Mears on 04Jan and 08Jan and didn’t have any issues. I was very delayed in getting my baggage but was still able to get on a bus and leave in a timely manner. The hardest part was actually figuring out where to actually check in. The airport had so many signs that said mears that pointed to the wrong spot.

on my way back I did sit near the front and there was a lot of radio chatter about other routes and people either missing the check in or not being listed.

Overall I was happy and would use it again. But I was a single adult rider so idk how it is in larger parties or with kids

However, others did not have as great of an experience with Mears Connect. In fact, one recent Walt Disney World Guest explained that they just got back from Disney and will never use them again. They shared:

We got back from a week in Disney on Saturday and did not have a good experience with Mears. We paid for Express roundtrip from MCO to AoA. No issues getting to the resort, but they never came to get us at checkout.

We got a link saying that a car was dispatched and to track our driver, but after watching him sit at Animal Kingdom for ~10 minutes it suddenly said driver information not available. I immediately called Mears and was on hold for 45 minutes before hanging up. We ended up paying for a Mears Taxi which was cheaper than Mears Express for our group of 6. After sending an email while waiting for our flight, our money was refunded. But I wouldn’t use them again.

All in all it seems that Mears Connect is a good replacement service for the time being. If you are traveling to Walt Disney World soon, there are other services offered from Orlando International Airport to Walt Disney World, but they will cost you. For more information, visit our website here.

Have you utilized Mears Connect yet? How does it compare to Disney’s Magical Express? Let us know in the comments below.