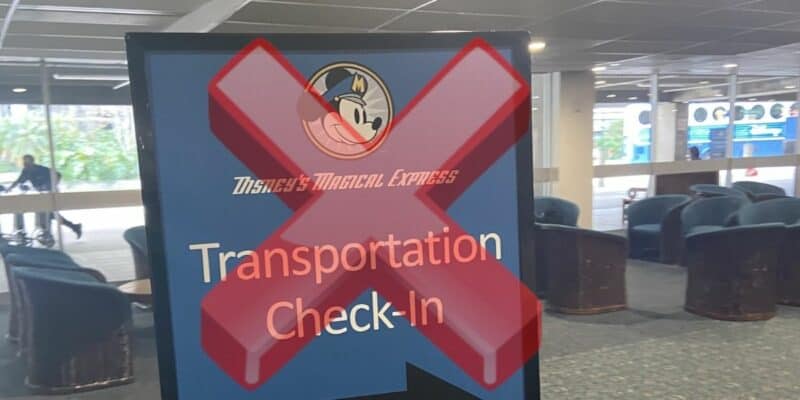 As many already know, Disney’s Magical Express, despite being one of the best parts when arriving at Orlando International Airport, is coming to an end. In fact, this is the last week it will be operating for travelers.

The complementary mode of transportation brought magic to Guests before they even arrived at Walt Disney World property; however, this service will no longer be offered at the start of 2022, due to the end of the contract.

If you ever taken Disney’s Magical Express, you know there was signage at every Walt Disney World Resort hotel to let Guests know where the service would pick them up at the end of their vacation to head back to Orlando International Airport. Well, this sign is now being swapped out as Magical Express will come to an end on December 31, 2021.

In the Instagram post below, you can see the old signage compared to the new signage at select Disney World Resort hotels.

At this time, Disney has not announced a complementary replacement for Magical Express, but Inside the Magic will update you as we get information. There are services offered from Orlando International Airport to Walt Disney World, but they will cost you. For more information, visit our website here.

Are you sad to see Disney’s Magical Express ending? Let us know in the comments below.