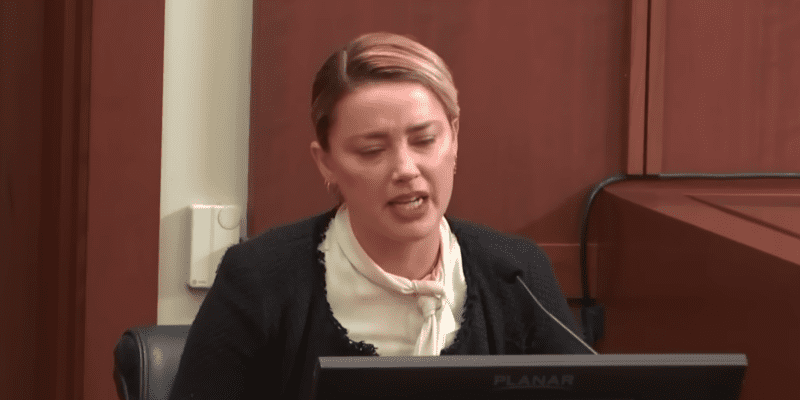 Johnny Depp, 58, is now suing ex-wife Amber Heard, 35, for defamation after she wrote an op-ed for The Washington Post, where she referred to herself as a “public figure representing domestic abuse.”

Amber Heard (Aquaman (2018), The Rum Diary (2011), Drive Angry Piper (2011), and more) is countersuing Mr. Depp, claiming that he “defamed her when his former lawyer released statements saying her allegations of abuse were a hoax.”

The trial has been going on for weeks now in a Fairfax, Virginia courtroom. After many witnesses took the stand, including Johnny Depp (Sweeney Todd (2007), Pirates of the Caribbean (2003), Alice in Wonderland (2010), Secret Window (2004) and more) Amber Heard finally took the stand late last week.

Social media has been blowing up after Heard took the stand, many calling out some actions and behaviors they noticed as “not authentic”. Others are saying that Heard is giving the “performance of her life” on the stand as many believe her stories are all an act.

Now, TikTok users are using Amber Heard’s testimony as part of a new trend, which many are finding disturbing.

One example of the new trend includes this video, which shows Amber Heard crying on the stand with Kim Kardashian saying “so cringe, guilty”, which is from a Saturday Night Live sketch. The video has gained 5.7 million likes and 120.2k shares. It is captioned:

Another viral TikTok trend includes audio from Ms. Heard’s testimony, when she was telling the story of how she once walked out of the bedroom and Johnny Depp slapped her. The audio is as follows:

“I was walking out of the bedroom. [Depp] slapped me across the face. And I said, ‘Johnny, you hit me. You just hit me.’”

Many TikTok users are creating videos using this audio, reenacting the scene, which others find disgusting and disturbing.

An example of this new trend can be seen in this video, captioned:

Videos with the hashtag #amberturd have been viewed more than 1.2 billion times to date, according to Variety. Per their report, TikTok has also removed several videos that use Ms. Heard’s testimony as the company says they violate its anti-bullying policies and says it will continue to enforce those rules.

TikTok’s Community Guidelines state, in part, that it prohibits “Content that disparages victims of violent tragedies.”

They also state, “We remove expressions of abuse, including threats or degrading statements intended to mock, humiliate, embarrass, intimidate or hurt an individual.”

Have you been watching the Johnny Depp vs Amber Heard trial? Do you think this new TikTok trend has taken things too far? Let us know your thoughts in the comments below.