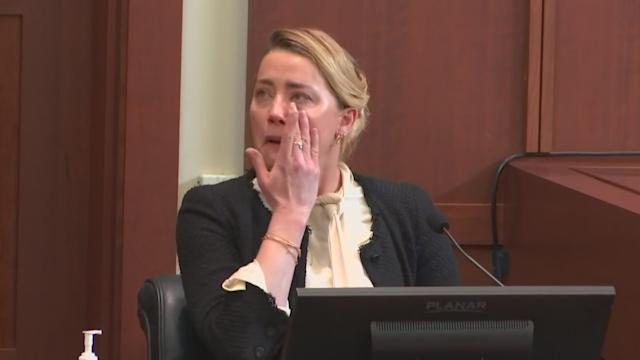 Social media has been blowing up after Heard took the stand, many calling out some actions and behaviors they noticed as “not authentic”. Others are saying that Heard is giving the “performance of her life” on the stand as many believe her stories are all an act.

Now, a body language expert is weighing in on the topic.

Amber Heard herself took the stand for the first time late last week and a body language expert is weighing in on the topic.

A body language expert, Judi James, analyzed Amber Heard’s first day of testimony, which took place on May 4, weighing in on the actress’s gestures, facial expressions, lack of tears, and even the importance of her hairstyle.

James began her analysis with MailOnline by sharing how “important” Heard’s positioning on the stand was. If you have been watching the trial, you probably noticed how often Heard turned towards the jury. This is to “create personal connections,” James explained.

When it came to her hairstyle of choice, this was also important. “Her hair is also draped to her left, meaning that the jury have a clear view of her face, both in silhouette and as she turns to address them directly,” James noted. “The effect would be to ‘humanize’ herself to the jury rather than isolating herself as a celebrity who they will presumably have been hearing negative comments about.”

The body language expert continued to explain that this showed “a certain amount of respect to them to want to address them directly as it shows a consideration of them as being in ultimate control in terms of the verdict.”

Additionally, by having her hair-styled the way she did, it allowed the jury to see Heard’s eyes, which helps with trust. “We tend to trust people more when we can see their eye expression, so this gesture could suggest she has nothing to hide,” James said.

When it comes to Heard’s emotion, specifically the “tears” during the testimony, which many social media users pointed out were slim to none, James pointed out “The cameras made it hard to pick out if they had formed in her eyes or if her eyes had reddened. This, like everything, is a complicated point. When guilty people perform tears they often try to hide their dry eyes, poking them with fingers, squeezing them shut tight or prodding them with a hankie.”

James continued, “When they do cry for real, the streaming tears are often prompted by self-pity. Amber’s seemed to be truncated, but is that acting or bad acting or the innocent complex response of someone with mixed emotions?”

Have you been watching the Johnny Depp vs Amber Heard trial? Let us know your thoughts in the comments below.