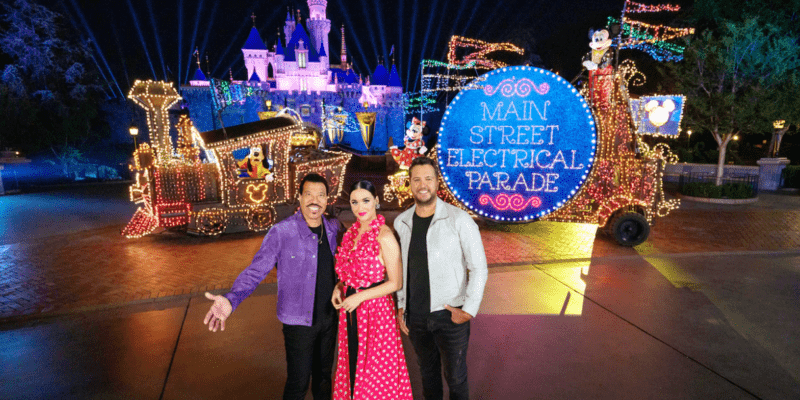 Disney magic is taking over American Idol tonight! Contestants and judges visited Disneyland Resort recently to get inspiration from the Parks for their Disney Night, which will air tonight, Sunday, May 1 at 8 p.m. EST.

The top 10 American Idol contestants visited Disneyland Resort where they got to experience everything the Parks had to offer, including the Main Street Electrical Parade and other nighttime spectaculars. The judges, Luke Bryan, Katy Perry and Lionel Richie, joined the top 10 contestants and even paid a visit to some Disney characters, including Mickey Mouse, Minnie Mouse and Goofy.

When visiting Disneyland Resort, the contestants had the opportunity to meet with Dancing With the Stars judge and professional dancer, Derek Hough. Celebrity mentor and Emmy Award-winner Derek Hough gave contestants some one-on-one coaching in front of Sleeping Beauty Castle at Disneyland Park.

ABC also brought Disney magic to fans at home during the 2020 as the ongoing pandemic affected so many. In case you missed it, Ryan Seacrest hosted a handful of Disney Family Singalong specials!

Will you be tuning into American Idol for Disney Night tonight? Let us know in the comments below.