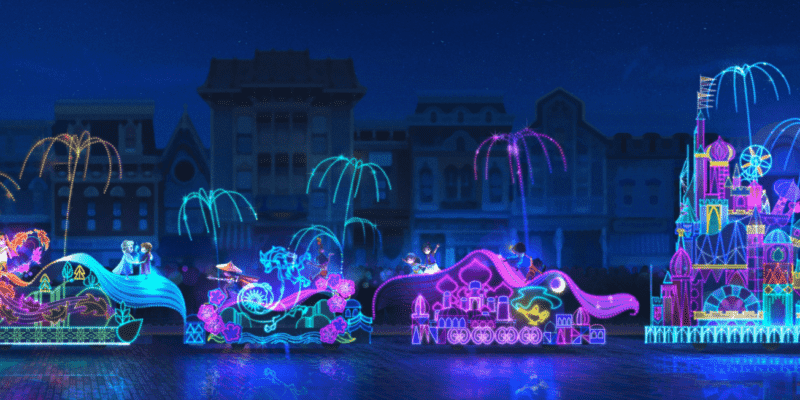 The Main Street Electrical Parade has had many renditions at Walt Disney World, Disneyland Park, and Disneyland Paris over the years, but has not made an appearance since September 2019.

Now, however, fans of the nighttime spectacular can get excited as Disney Parks just confirmed the return of the Main Street Electrical Parade, with changes!

Now, months later, Disney has finally announced the return of the fan-favorite parade, along with changes coming as well!

According to Disney Parks Blog, the Main Street Electrical Parade will return to Disneyland Park on April 22, 2022. However, because the parade will be celebrating its 50th anniversary, there will include an “an all-new, enchanted grand finale that celebrates the theme of togetherness.”

Fantasmic! is preparing for its return as well, which will return on May 28, 2022.

Are you excited for the return of the Main Street Electrical Parade? How do you feel about the new additions? Let us know in the comments below.