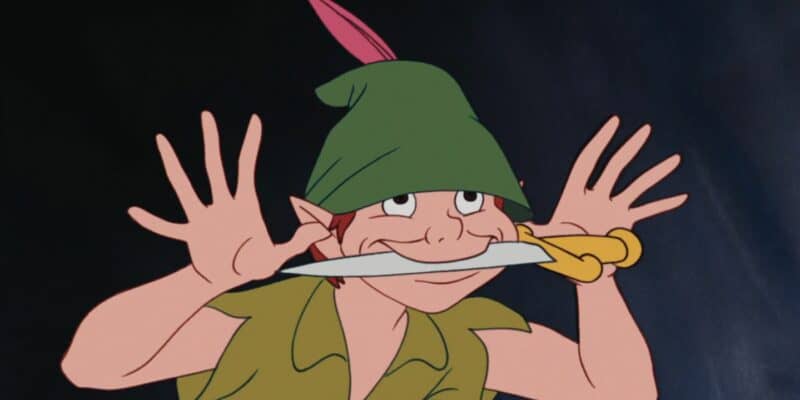 The movie features a number of iconic characters like Tinker Bell, Captain Hook, Smee, the Lost Boys, Wendy, and, of course, the title character himself.

For decades, movie fans have maligned Captain Hook for his dastardly deeds in Never Land. But, now, one theory that was recently shared online flips the script.

Peter Pan was a deranged psychopath who tricked and trapped little kids in Neverland [sic: Never Land]. He killed them after they grew up, which is why they never could leave as adults. Captain Hook escaped Neverland as an adult, which explains why Peter killed Hook, and fed his arm to a crocodile. This whole time, Peter Pan was the bad guy?! How frickin’ crazy!

In the original draft of the novel, Peter is a villain, kidnapping young children from their beds. The Little White Bird is a semi-autobiographical tale, considered to be a thinly veiled novel about George Llewelyn Davies, one of the boys who inspired Barrie’s Lost Boys.

Basically, in the original story, our eponymous hero is a total sociopath. This is not an exaggeration, Peter is literally a serial killer, and not just of pirates. Peter is explicitly said to kill members of the Lost Boys if they either got to old or didn’t follow his orders.

Disney, of course, made many original fairytales tamer in their animated movie renditions. After all, in the original Grimm Brothers version of “Cinderella,” the stepmother forces each stepsister to cut off part of their foot — one the toes, the other a heel — to make the glass slipper fit.

And, in the Grimm tale of “Snow White,” the prince orders the Evil Queen to wear a pair of red-hot iron slippers, dancing until she drops dead.

As for the story of Peter Pan, it, along with Snow White and the Seven Dwarfs and Pinocchio, is set to be one of Disney’s next live-action adaptations.

Related: Real Reason Why Peter Pan’s Flight Always Has a Long Line Will SHOCK You

What do you think about the fact that J.M. Barrie intended Peter Pan to be a serial killer?