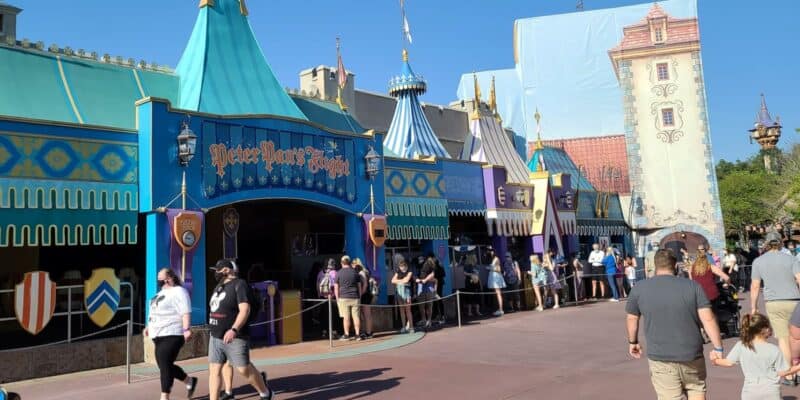 Peter Pan’s Flight is a popular Disney attraction located at several Disney Parks around the world, but do you know why this ride always has such a long line?

Related: Why It Makes Sense For Peter Pan’s Flight to Be Reimagined Next

As we mentioned before, Peter Pan’s Flight is a very popular attraction, and always has a very long line. But do you know the real reason as to why this happens?

While the fact that this ride is extremely popular plays a role in why, we wanted to point out that it is also not that much more popular than other rides, including Haunted Mansion or Splash Mountain. The reason as to why the line for Peter Pan’s Flight always seems backed up is because of the capacity the ride can hold. In fact, according to The Mouselets, Peter Pan’s Flight has the lowest ride capacity of almost any other Disney ride.

Peter Pan’s Flight only serves approximately 800 Guests per hour, despite the ride continuously moving and loading and unloading Guests.

To give you an idea, Pirates of the Caribbean can serve approximately 3,000 Guests per hour, meaning the queue moves about four times as fast as Peter Pan’s Flight.

Did you know this fact about Peter Pan’s Flight? Let us know in the comments below.