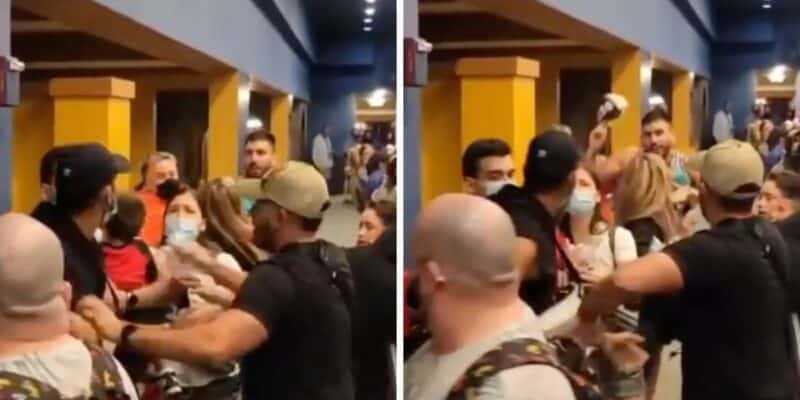 Yet another fight has broken out at the Disney Parks — this time while in line for the highly popular attraction, Peter Pan’s Flight, located in Fantasyland of Magic Kingdom at Walt Disney World Resort.

It seems as though lately fights and altercations are happening on a daily basis at the Disney Parks. We have reported on line jumpers, inconsiderate Guests, and how many feel others have become ruder ever since the pandemic started.

Well, it seems that yet another incident has taken place at Walt Disney World, this time a fight between two Guests, forcing others to get involved to help break it up.

Walt Disney World Guest, Jaiden Walters, was visiting Magic Kingdom a few days ago when she witnessed a fight break out between multiple parties while waiting in line for Peter Pan’s Flight in Fantasyland.

Walters told Inside the Magic that the fight actually began prior to this video, and it was actually much worse before the recording starter.. “It was a very big rush of things so when the actual fist fighting portion was taking place it was not on video,” she told Inside the Magic. Walters is unsure of what caused the fight, “but it was all hands on” even before this video was captured.

She sent the following video to Inside the Magic, which shows the part of the altercation.