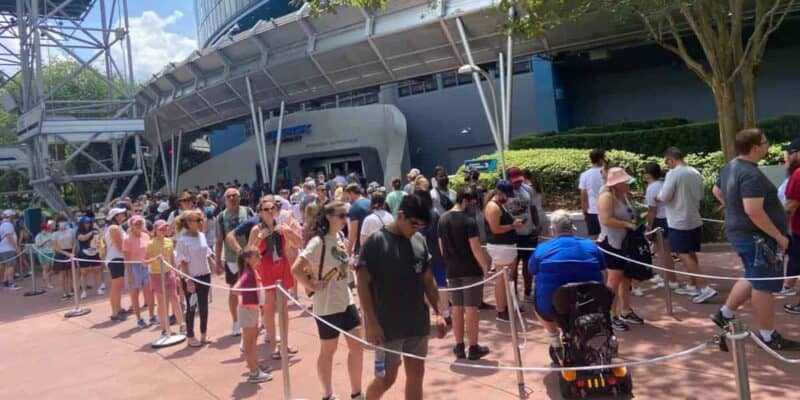 Ever since the pandemic began, some feel that Guests visiting the Most Magical Place on Earth and not being magical, or respectful to others. In fact, they have found more parties trying to cut in line as well others getting into fights while visiting the Parks.

The conversation between Disney Guests started when one Reddit user took to the social media platform to vent about a recent realization they had, which was that Disney Guests have become ruder over these last two years. They posted:

Cutting in line, cutting people off from their party and just general rudeness. Is this a result of the two years of hell (2020, 2021) we’ve been through on this earth? Is anyone else noticing the same

Another Reddit user, who goes by GullibleEfficiency7, chimed in by saying:

I think everyone is now trying to get their money’s worth as the prices are higher and whatnot. I was there about two weeks ago and it did feel the same way you’re describing. Me and my friend literally laughed at people skipping us.. and then they were denied the lighting lane entrance. We saw a family fist fight- not sure if CM’s saw. I also got separated from my friend in haunted mansion a few times and was like “excuse meee” and was trying to be nice but no one even noticed me lol. We did have a magical time though, maybe because we have both lived in NYC it didn’t phase us, but you’re absolutely correct, in my opinion.

I don’t doubt this. This is unfortunately the way the world is now. It sucks but I see this all the time everywhere I go so it doesn’t surprise me that it’s in WDW too.

Another user, Im_Negan, felt the same way as they expressed:

I’ve noticed at WDW, most people are concerned about rope drops, lines, merch, and running around trying to fit everything in.

People need to take a deep breath. Realize they are on VACATION and enjoy it.

My advice to you, try to ignore it. A few people cutting in line or in front of you shouldn’t cost you anything.

Please note that Disney Cast Members and security officials are always at the theme parks in order to maintain a safe environment as much as possible. If you ever witness activity such as a fight or Guests acting inappropriately, or if you are ever concerned when visiting one of the Disney Parks, be sure to find the nearest Cast Member or report your issue with Guest Relations, located in each of the Disney Parks.