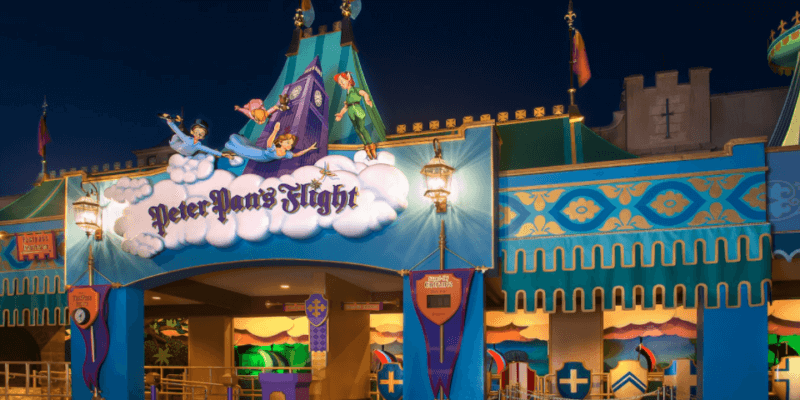 If there is one thing that is almost guaranteed to happen every day at Disney World, at least one ride will temporarily close at some point in the day.

Whether you are at Magic Kingdom, Disney’s Animal Kingdom, EPCOT, or Disney’s Hollywood Studios, with the number of rides and technology Disney is dealing with, attractions are bound to malfunction from time to time For example, we recently reported seeing 32 Disney World attractions close in just one day.

The good thing about a temporary closure, however, is that it is temporary! These closures rarely last too long, which means that Guests can still likely able to ride the attraction at one point in the day — it just may not have been when they originally planned.

Temporary closures are not a huge deal but can become a little bit of a nuisance once the same ride begins to break multiple times within a day. We took a look at home many times a few popular Disney World attractions closed down last week, and it seems that at Magic Kingdom, Peter Pan’s Flight was one of the more unreliable attractions.

Within a seven-day span, the attraction closed a reported 12 times, according to WDW Stats (@WDWStats) on Twitter, which means that the attraction had closed from two to three times on certain days. Considering the queue for Peter Pan’s Flight is almost guaranteed to be lengthy due to the attraction’s popularity, multiple closures such as these surely would have added to that length, especially with summer crowds in town.

When an attraction temporarily closes, Disney may either allow Guests the choice to wait in line for the ride to open again or, if it is an issue that Disney knows will need some time, they will vacate the queue. When this has happened to me, I received a FastPass for an attraction of my choice; however, this is not guaranteed to happen every time.

Set Sail Across the Sky
Board your pirate galleon and follow Peter Pan as he beckons you to join him on the flight of a lifetime. Wave goodbye to Nana and join the Darling children on a gentle cruise over London, where Big Ben and Tower Bridge light up the night sky.

A Darling Queue
Your journey begins in a delightful interactive queue that invites you into the Darling home. Stroll through the nursery where Michael, Wendy and John sleep—and where Tinker Bell is already causing mischief. Watch as your shadow comes to life on the wall!

An Historic Ride
The attraction is inspired by Walt Disney’s 1953 animated classic, Peter Pan, which in turn was based on J.M. Barrie’s play and book of the same name about a 12-year old boy who refuses to grow up.

What ride do you find notorious for temporarily breaking down at Walt Disney World?