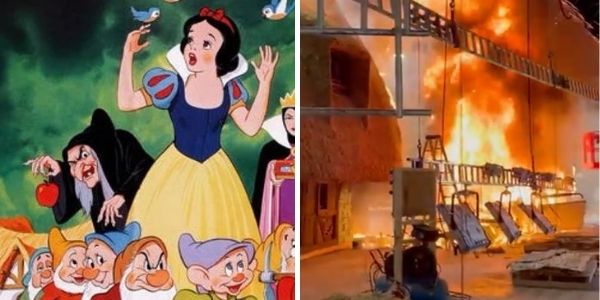 It seems like Disney’s remake of the iconic film has encountered a “slight” problem.

As reported by Variety, one of the sets for Disney’s Snow White remake, located at Pinewood Studios, has caught on fire.

It seems as though production has hit more than just a “snag” with one of the sets being completely engulfed in flames after a fire broke out. See the video of the huge fire from Dayz_out (@tobyrolph) below:

Related: Resellers Take Off With Hoards Of Limited-Edition Disney Merchandise

The stage was under construction when a tree reportedly caught fire, resulting in the huge uncontrollable blaze shown in the video. According to a Disney source, “no filming was underway”. We are not sure how much of a setback this will be for the film’s production and whether or not the set was salvageable in any way.

“A set made up of a lot of wood, and trees etc was currently being built in the Richard Attenborough stage,” an unnamed source told The Sun. “Rumor is a piece of set has caught alight and spread across the rest of the set. Some crew in the studio were shaken but evacuated without injury.”

One witness told the newspaper that “It was just mental. I didn’t see it start but I was told first a tree went up. By the time I got there the flames were massive, going right up to the ceiling. Then bits of the set started falling into flames and the thatched cottage started lighting up.” Fire and Rescue Service confirmed the crazy fire on Tuesday afternoon around 3 p.m., with twelve total appliances and crews coming to the rescue. Thankfully, no one was reportedly hurt by the fire. 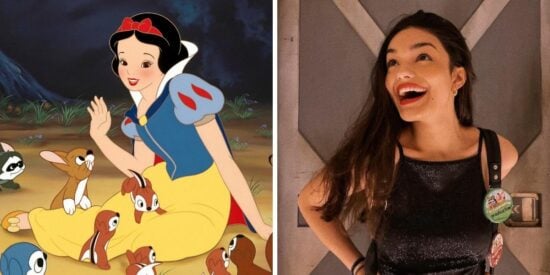 This exciting remake is set to star “West Side Story’s” Rachel Zegler as the titular character as well as Gal Gadot, famous for her portrayal of Diana Prince in the Wonder Woman franchise, who will be playing the Evil Queen.

The Walt Disney Company has been creating a lot of content as of late, both for theatrical release and Disney+. Now, work is underway for the next live-action adaptation of a Disney animation classic, with Snow White will be getting the live-action treatment! While no official date is known, the movie is expected to be released in 2023.

Are you looking forward to this new take on Snow White? Let us know in the comments below.