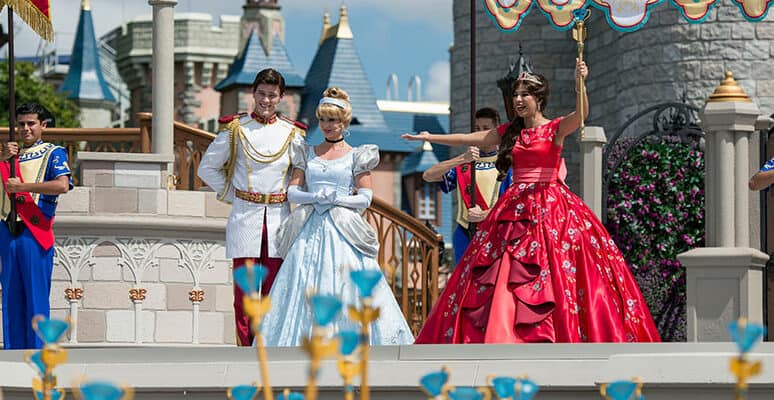 A former Disney Princess is speaking out, saying that auditioning for a job at the theme parks as a biracial woman “took a toll on her mental health”.

Helen Planchet, a biracial woman and former Disney Princess, told Insider that auditioning for a job at the Disney Parks took a toll on her mental health because over the seven years she spent auditioning she saw white women get cast as characters of color. “When I first started auditioning for Disney, I didn’t quite realize that my race was going to be so limiting to me,” she told Insider.

Planchet did not hold back when talking about the auditioning process, explaining how hard it was to see some of the jobs go to white women when she knows she was qualified and talented for the same roles. She told Insider:

“I guess I regret letting it wear me down the way it did because I started to get very upset that I knew I was talented enough for some of these jobs and to see them go to white women, who already have so many opportunities, started to break down my confidence.”

The Walt Disney Company has been pushing diversity and inclusion for quite some time now. From reimagining Splash Mountain into a The Princess and the Frog theme to having a gender neutral dress code at the Parks, the company has made multiple efforts to bring more accurate representation to reflect modern views on gender, race, and sexuality.

Disney animated movies are also showing more representation, including in the latest film, Encanto, which tells the story of an “extraordinary family” who all have a magical gift — except for one, Mirabel. The movie itself is a celebration of the culture, diversity, music and people of Colombia.

Disney has expanded the ethnicity and race within Disney Princess over the years with the introduction of Moana, Elena of Avalor, and the newest Disney character, Mirabel from Encanto. But in 2010, when Planchet was in the audition process, these characters did not exist. She told Insider:

“In 2010, there was no Moana. There was no Elena of Avalor. There was no Mirabel from ‘Encanto’. Even though I looked more like Jasmine and Pocahontas than some of the women they cast, it didn’t matter.”

She added, Disney was “definitely not gonna let me play a white princess.”

If you are not familiar with the auditioning process, in order to become hired as a Disney character, you must meet the physical requirements, such as height. During Planchet’s auditioning process, which lasted over seven years, she tried out for a variety of Princesses including Ariel, but she admitted she often didn’t make it “past the first cut”:

“Eventually between that and between auditioning for roles that were characters of color — not even my specific ethnicity, but just characters who have the same skin tone that I do — and seeing it go to white women who were also playing Rapunzel and things like that, it just started to wear me down and make me feel like I wasn’t good enough.”

After auditioning “about 60” times over the course of seven years, Planchet was finally cast as Princess Elena of Avalor in Disneyland’s “Princess Elena’s Musical Grand Arrival”.

Disney fans have recently taken to social media to accuse the company of “whitewashing” certain characters within various animated movies. Though this has been a topic amongst fans for years now, some are continuing to accuse the Walt Disney Company of “whitewashing” within some of their animated films, including Atlantis: The Lost Empire, and The Princess and the Frog.

Additionally, a petition called “Tell Disney: Stop Whitewashing Their Black Characters,” was created by advocacy organization Color of Change, which mainly focuses on Princess Tiana from The Princess and the Frog. The petition accuses Disney of “whitewashing” various Disney Princesses and reads, in part:

Whether they are Black characters or other characters of color, Disney’s continual whitewashing of characters sends a message to children and adults alike that Eurocentric features are considered more acceptable.

Disney seems to be focused on whitewashing their Black characters and characters of color. But, in doing so, they’re alienating some of their most dedicated fans. Since her creation, Princess Tiana has been an extraordinarily powerful depiction of a Black woman triumphing over the many obstacles thrown at her to accomplish her dream of owning a restaurant. Princess Tiana has meant the world to those women and girls who want nothing more than to see a Disney princess who looks like them. She represents power and strength for the millions of Black people who watch her. She creates hope for Black children, inspiring those who watch her to imagine infinite opportunities for their own future.

The topic of “whitewashing” has been ongoing in the Disney community for quite some time. In fact, when Ralph Breaks the Internet, the sequel to Wreck it Ralph, was released, the company was caught up in controversy over how Princess Tiana was depicted.

The Disney community had an influence on the company, and as Business Insider stated, “the outcry led to the directors of Ralph Breaks the Internet, Phil Johnston and Rich Moore, to go back in with their team and improve on Tiana before the release of the movie.”

The Walt Disney Company has made multiple efforts in depicting more accurate representation to reflect modern views on gender, race, and sexuality.

Have you ever tried out to become a Disney character at the theme parks? What was your experience like? Let us know in the comments below.