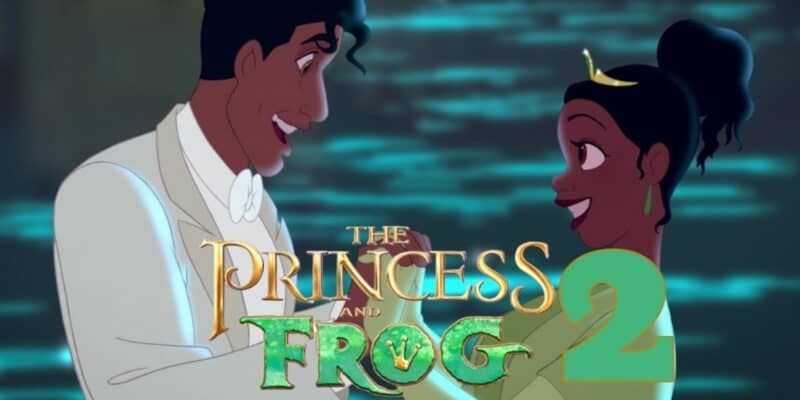 Disney Parks Blog shared a roundtable of Disney Imagineers and other participants as they discussed what Guests can expect with the upcoming Tiana-themed ride, which will replace Splash Mountain. During the roundtable, Tiana’s future was brought up, to which Charita Carter, Senior Producer for Walt Disney Imagineering hinted that fans of the film may be able to soon experience more Tiana.

We already know that a new Tiana series is in the works for Disney+, but during the roundtable discussion Carter said she believes Tiana’s legacy can “continue to build and build and build”, which got us thinking that maybe Disney could be planning to develop The Princess and the Frog 2.

With all of this being said, if Disney were to release a sequel to The Princess and the Frog, what could the story be?

Well, back in 2019, Anika Noni Rose, the voice of Tiana in the 2009 animated film, even said she would be on board for a sequel!

“For The Princess and the Frog, what I’m most interested in, because it’s also what the fans are most interested in, is a part two,” Rose said. “I get a lot of emails, I get tweets, I get all kinds of messages — ‘We want a part two. We want to see where this family went? How did the restaurant turn out? What happened’?”

“That would be really exciting for me,” she added.

Rose mentioned a sequel possibly following the storyline of Tiana and Naveen’s family, which is something that I, personally, would love to see. We left off after Tiana and Naveen had their true love’s kiss and both became human once again. Tiana went on to accomplish her dreams of having her own restaurant, with the love and support from Naveen, Lottie, and the rest of her friends and family.

But where are they all now? What happened to Tiana’s restaurant? Are Tiana and Naveen thinking of having a family of their own? Did Lottie ever find her prince? (Or is she still waiting for Naveen’s little brother to grow up?)

Disney could go down so many different paths for a sequel to the film as there are so many unanswered questions after the first movie! But as I mentioned earlier, I would love to see the movie dive into Tiana and Naveen’s family. It’s possible the two went on to have kids of their own and raised them in New Orleans. The children could learn from their mother as she teaches them how to cook, just like Tiana’s father taught her.

Walt Disney Animation Studios could really dive into the New Orleans roots, which is something Walt Disney Imagineering is doing for the upcoming Tiana-themed ride in Walt Disney World and Disneyland as well!

At this time, there is no word on if Disney is creating a sequel film to the original Princess and the Frog movie, but from the roundtable discussion, it is clear that Disney is continuing to think about Tiana’s future — regardless of how that plays out.

Do you want to see a The Princess and the Frog 2? If so, what do you hope to see the storyline be? Let us know in the comments below.