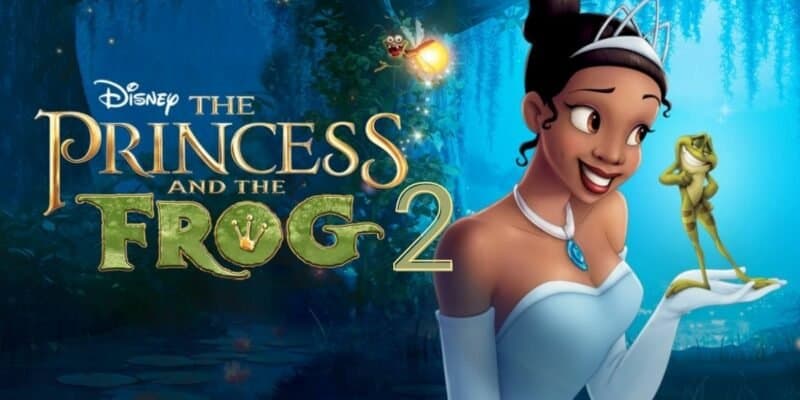 Disney fans everywhere have been eager to learn more about the upcoming The Princess and the Frog retheme of Splash Mountain. Well, today, Disney shared a ton of new information regarding the attraction that will be coming to both Walt Disney World and Disneyland.

Thanks to a roundtable discussion with Disney Imagineers, Disney Animation, and others who have provided inspiration for Tiana, we were able to see more concept art, we learned about the animatronics and technology that will be used within the ride, we found out additional details about the storyline, and more.

Within the roundtable discussion, there was a very interesting statement made that many overlooked — regarding Tiana’s future.

We already know that a new Tiana series is in the works for Disney+, but during the roundtable discussion, when speaking to the future of Tiana, Charita Carter, Senior Producer for Walt Disney Imagineering said:

“I think Tiana’s future is very bright because we know that she resonates with people all over the world and Carmen was mentioning all of the places you can currently see her including our merchandise that just really speaks to the young and the young at heart and to be able now to have her presence in the form of an attraction in the two locations domestically is going to be huge — it’s going to introduce her to a whole new generation of Guests and just really be this wonderful opportunity for people to have an encounter with her and I believe that legacy is just going to continue to build and build and build as we are looking at Disney+ and just all the different ways that we can continue to bring the beloved Tiana to our Guests.”

This got us thinking, could a sequel be in the works for Tiana and her friends? Will we see Princess Tiana and Prince Naveen embark on their next chapter together? Will we see more of Louis and his musical abilities? Or perhaps we will follow more of Tiana and Lottie’s friendship?

At this time, there is no word on if Disney is creating a sequel, but from the roundtable discussion, it is clear that Disney is continuing to think about Tiana’s future — regardless of how that plays out.

You can watch the full roundtable here:

At this time, we do not have a date as to when Disney will make these changes to Splash Mountain at Disneyland and Disney World, but Melissa Valiquette, Vice President of Magic Kingdom recently stated “When we are reimagining a new attraction or area, this can be a lengthy process”, indicating it could be some time before we see Tiana take over Splash Mountain.

What do you think Disney meant by the future of Tiana? Let us know in the comments below.