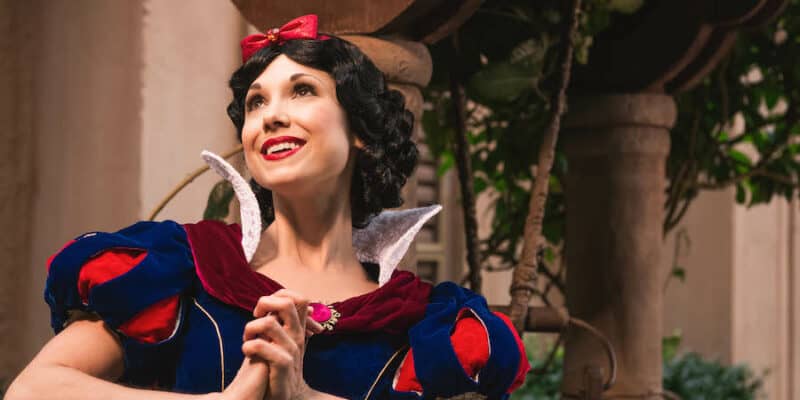 In another instance, shared with People magazine, a “belligerently drunk” Disney Parks Guest was impersonating a Snow White character actor before ultimately resisting arrest and being escorted off the property. The full tale, as recounted by a Cast Member, reads:

“A woman was dressed as Snow White in the parks, belligerently drunk and pretending to be the character by signing autographs and taking pictures with people. She was escorted out by the PD and caused a huge scene and resisted arrest. There’s a photo hung up backstage in one of the parks of it.”

While the Cast Member did not share which Disney Park this incident occurred at, since People is an American publication, it was likely at Disneyland Resort in California or Walt Disney World Resort in Florida.

All of Disney’s theme park properties worldwide have specific rules regarding Guest behavior and pertaining to costumes being worn by adult Guests.

Related: Disney Guest “Climbed a Tree and Swung Down” to Interrupt Character Interaction

Guests at Disney World can meet Snow White at EPCOT’s Germany pavilion on a daily basis. She is also sometimes available at both Akershus Royal Banquet Hall in the Norway pavilion and Cinderella’s Royal Table at Magic Kingdom Park.

The official description of the Disney Princess’s Germany meet and greet reads:

Make a Wish Come True
The lovely young princess who longed for true love—and found it—returns to her wishing well to make your dreams come true.

Take a photo and perhaps hear a story about friendship, kindness—and how to avoid apples offered by witches.

About Snow White
With a smile and a song, Snow White delights everyone she meets, from a prince at a wishing well, to 7 little friends.

Have you ever experienced a situation like this on a Disney vacation?

Comments Off on “Belligerently Drunk” Guest Pretends to Be Snow White, Resists Arrest