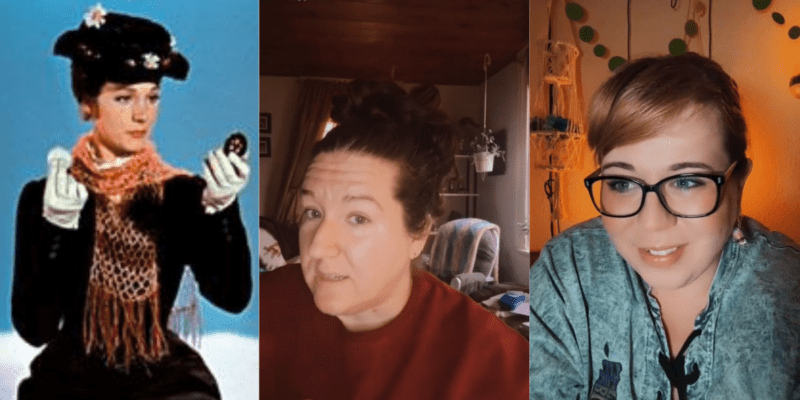 Meeting their favorite characters is definitely one of the most magical things Guests can experience while visiting a Disney Park.

Currently, this can only happen from a distance, as most Disney Parks are still enforcing social distancing and other measures regarding Covid-19. However, this doesn’t mean Guests won’t have the chance of waving at their favorite character during a parade, a show, or one of the many distanced appearances that happen throughout the day.

Related: Jack Sparrow Assaulted With Books and Toys By Eager Disney Guests Ahead of Return

As a recent video confirms, this magic experience can create unforgettable memories for the young and the young at heart.

TikTok user Amanda (@mandimomx3) shared a video mentioning how Mary Poppins signed her autograph book when she was only a child, which may not sound extraordinary until she shares the details behind the story.

She tells her viewers how, when she was nine years old, she carried her autograph book all around Walt Disney World, collecting signatures from all the different characters she could meet but never added her name to the book. It wasn’t on the cover, and no other character had written it on the pages. However, when Mary Poppins came to sign it, she addressed the autograph “to Amanda” when neither the child nor her parents had mentioned her name.

Amanda comments on how, to this day, her mother has no idea of how this happened and just refers her back to the movie, where Mary Poppins knows the children’s names without them telling her. She ends her video by asking if Disney hires psychics to play the characters because she is 40, and the question still disturbs her.

Several viewers of the video shared one simple answer, “Disney magic,” but Danielle Kelly (@thedapperdanielle) added some interesting details to the conversation.

In a video reply, Danielle mentions how this kind of stories make her heart so glad, and she explains that Disney does not hire psychics. She adds that in her own experience, very simple things like a name can easily be picked up just by being aware, listening, and reading the room and that that attention to detail can easily be perceived as, well, magic.

You can see Danielle’s video down below:

#stitch with @mandimomx3 I love your character story

#stitch with @mandimomx3 I love your character story 🥰🥰

Cast Members indeed go through a series of training processes to provide Guests with the best experience while visiting the Park. This includes being trained to be as positive and as nice as possible to both the young and the young at heart.

Have you ever experienced a magic moment during a character interaction? Let us know in the comments below!