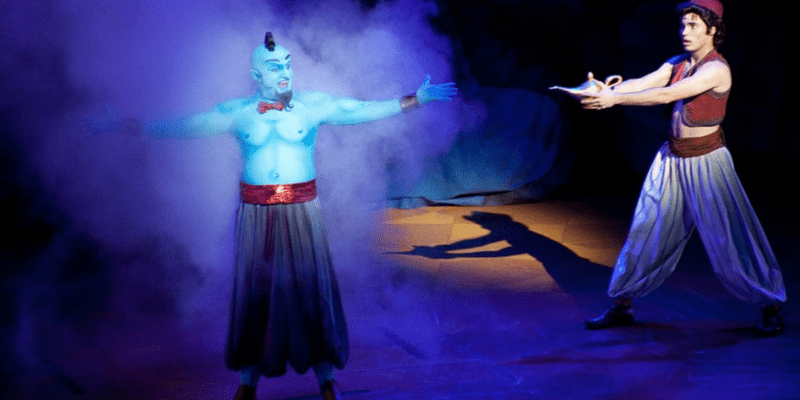 Cast Members are a vital part of The Walt Disney Company in order to make everything in the Parks run smoothly, from food and merchandise to security, upkeeping of the Parks, and even character interactions.

Cast Members go through a series of training processes in order to provide Guests with the best experience while visiting the Park. This includes being trained to be as positive and as nice as possible to both the young and the young at heart. Any negative attitude or mistreatment towards Guests (such as swearing, yelling, punching, etc.) by Cast Members is not tolerated and may result in termination if repeated offenses take place.

However, one Cast Member said something absolutely vulgar in front of a huge crowd, shocking everyone, even fellow Cast Members, and got away with it. Dylan White (@itsdylanwhite) shared this story on his TikTok, and viewers were hysterical.

White is a former Cast Member who played the Genie in Disney’s Aladdin: A Musical Spectacular, a live musical show performed at the Hyperion Theater in Hollywood Land at Disney California Adventure from 2003 to 2016, and not being a part of the company gives him the freedom to speak about stories like this.

In his video, he talks about a specific performance in which the actor playing Jafar could not remember his line “Genie, my first wish is to rule the kingdom. Make me the Sultan!”, or more specifically, the word “kingdom”. The actor, whose name is not shared in the video, tried to improvise with the word “country”, but realizing his mistake, stopped about halfway through the word. 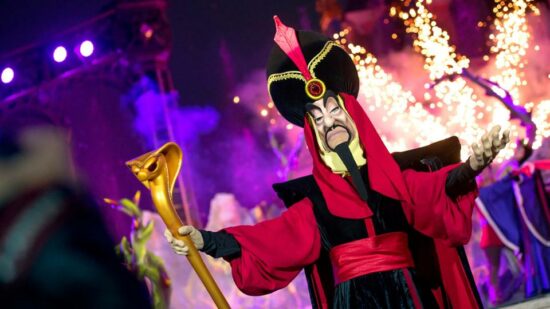 The actor quickly tried to correct his mistake, and after a split-second, he used the correct word “kingdom”, but according to White, that just made things worse. He adds that being the Genie, he had the freedom to improvise and call things out at the shows, but he decided to make none of that in this performance for obvious reasons.

The actor playing Jafar apparently got away with this mistake, but a crowd of families with small children at the Disney show, and White, of course, will never forget that performance.

You can watch the full video down below!

Disney’s Aladdin: A Musical Spectacular was replaced by Frozen – Live at the Hyperion in 2016, and closed in 2020 as Disneyland Resort was forced to do so during the Covid-19 pandemic. In October 2020, it was reported that the new show would be closed indefinitely until the Resort resumes live stage shows.

At Disneyland, there is so much for Guests to enjoy! Now that the mask mandate has dropped for fully vaccinated Guests, Guests can enter buildings without a face covering if they so choose. Walking up to Sleeping Beauty Castle is always a dream, especially when you get to go inside and relive the story of Aurora and Maleficent. Riding classics like “it’s a small world”, Pirates of the Caribbean, Mr. Toad’s Wild Ride, The Haunted Mansion, Matterhorn Bobsleds, Splash Mountain, and more will have you feeling the magic, and craving a churro! Toontown is currently undergoing a massive change which will be revealed in 2023 with the reopening of the land, and the debut of Mickey and Minnie’s Runaway Railway. Plus, now at Disneyland, Guests can enjoy Star Wars: Galaxy’s Edge for some blue milk, or green milk, and ride Rise of the Resistance and Smuggler’s Run.

Were you able to watch Disney’s Aladdin: A Musical Spectacular? What other show would you like to see at the Hyperion in Disneyland when it reopens? Let us know in the comments below!