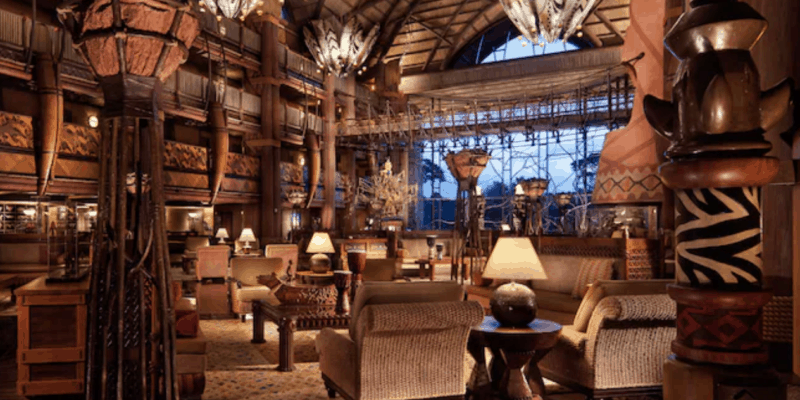 Would you eat a boot if Disney offered it to you?

Coming to Walt Disney World during any holiday season is always exciting. There is often a ton of decor to look at, especially if you are traveling during the Halloween or Christmas season, but the best thing about a new holiday is the specialty foods! It truly does not matter what Park you are visiting, during every holiday, even the Disney Resorts are littered with limited-time treats that you can dive into.

St. Patricks Day was the most recent holiday that brought an all-new menu to Disney, including a green corn dog in Disneyland, but now Easter is around the corner and so are the treats! Luckily, Disney has put together a food guide for Guests to indulge in, and make their own checklist of what they need to try during their Easter visit to Magic Kingdom, EPCOT, Disney’s Animal Kingdom, and Disney’s Hollywood Studios, and more! Read more on our coverage for that here.

For Earth Day, Disney has also released an all-new menu of exclusive treats. As noted by Disney Parks Blog:

With Earth Day coming up on April 22, both Walt Disney World Resort and Disneyland Resort are serving up limited-edition delights inspired by the world around us. As we celebrate our beautiful Earth this month, our chefs and mixologists at Disney Parks have put their creativity to the plate and cup with some truly wild treats. These delicious goodies feature some of the world’s most beautiful creatures while embracing the environments they come from.

As part of Disney Planet Possible, we’re dedicated to reducing our environmental footprint, supporting conservation efforts, and finding ways for us all to take part in the magic of nature this Earth Month. Taking action to help our planet this Earth Day – and every day – can help keep our beautiful planet, its creatures, and environments thriving for years to come, and what better way to celebrate than with food! This month, we’re paying homage to some of the Earth’s greatest treasures through culinary delights. From the Honey Bee Cupcake at Disney’s Animal Kingdom Theme Park to the Corn on a Cob Succotash at Disneyland Park, both coasts are sharing the love for Mother Earth (and your stomach)! Let’s get to the fun shall we, and by fun, I mean the food. I’m pleased to present to you the Foodie Guide to Earth Day!

At Disney’s Animal Kingdom Lodge, one of the most entertaining food options can be bought at The Mara. On April 22, Guests can buy a “Plant (Based) in Boot: Chocolate Spice Cake with Coconut Ganache in a Chocolate Boot (Plant-based) (New)”. As you can see in the photo below, the boot is made of a plant-based chocolate, which may be the best boot you will ever be able to eat in your life!

In addition to these special Earth Day-themed treats, Disney Parks and resorts also feature delicious plant-based offerings year-round! Plant-based options are not just tasty but good for the environment too as they can help reduce one’s carbon footprint and enhance biodiversity! Our Disney chefs have collaborated with ImpossibleTM to bring some tasty options for guests to enjoy while expanding their commitment to putting plants on the plate and into the mouths of foodies in delicious and creative ways. Disney’s Animal Kingdom Theme Park offers up the Impossible Spicy Southwestern Burger at Restaurantosaurus, while Liberty Tree Tavern at Magic Kingdom Park features a tasty Impossible Revolutionary Meatloaf! Over at Disneyland Park, a galaxy far, far away has the Felucian Kefta & Hummus Garden Spread at Docking Bay 7 Food and Cargo and the truly delicious Ronto-less Garden Wrap at Ronto Roasters. And don’t forget the Impossible Banh Mi at Lucky Fortune Cookery at Disney California Adventure park. Try these mouthwatering, and plant-based, items on your next visit!

As you celebrate Earth Day and embrace the beauty of our world, I hope you enjoy these tasty dishes and drinks honoring our planet. And be sure to use #DisneyPlanetPossible to see all that we can do to help our planet and even share your own actions!

Would you eat this boot at Walt Disney World Resort?