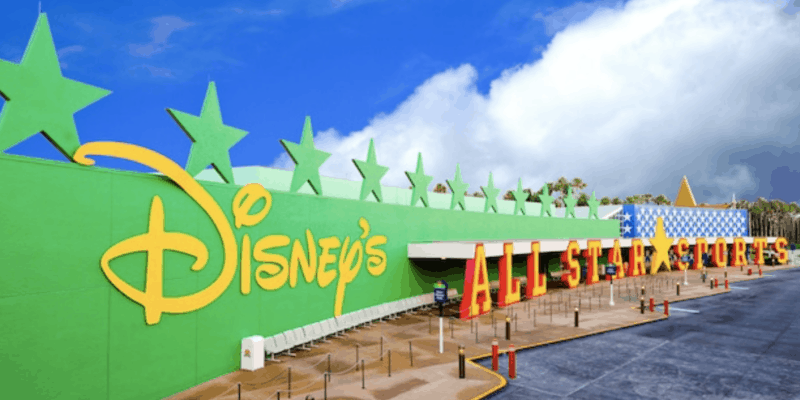 However, just as Disney World’s many attractions and rides face malfunctions and mishaps, so can the Resorts. And that is just what happened to one Guest visiting the Orlando theme parks for the runDisney events earlier this month.

It was only recently that Walt Disney World declared that all Resort hotels were finally open for the first time since the widespread Park closure due to the pandemic. When All-Star Sports reopened, it marked a momentous occasion celebrated by Cast Members and Guests alike as Walt Disney World continued to return to “normal.”

Of course, now, Disney World needs all of its Resorts open as Guests flock to the Disney Parks to visit Magic Kingdom, EPCOT, Disney’s Animal Kingdom, and Disney’s Hollywood Studios. The theme parks are currently booming, and even with the divisive reservation, Disney Park Pass, and Park Hopper system in place, long lines and crowds are taking over each Disney Park.

And although Disney’s All-Star Sports Resort has reopened after an extended closure, it didn’t open without maintenance issues, as noted by one Guest recently. Sharing to Reddit, user @accioqueso discussed their experience staying on Walt Disney World property at All-Star Sports:

I also stayed at AS Sports this weekend for the races (Thursday through Sunday). Their first day open since that which will not be named hit was Thursday and they had pompoms and cheered for us when we went to check in. Everyone was super nice, shout out to Mike the bartender for being a better conversationalist than my mother during our afternoon visits.

While the welcome is surely a highlight of staying at a newly reopened Disney hotel, the issues came after check-in:

However, our room had a broken shower gasket which meant we had no hot water until Saturday afternoon. Which was tough considering I was running a lot for the races. They gave me a gift bag with a few treats, which was thoughtful, but I just wanted a hot shower. We also had to have the ceiling inspected during the rain, they were looking for leaks. I suspect there will be quite a few of these re-opening issues over the next few weeks as everything gets stress tested again.

Just something to consider for anyone staying there the next few weeks. I love the AS resorts, they’re my go-tos, I was so happy Sports opened again.

With Florida’s tropical climate and the amount of rain the Parks have seen in recent weeks, it bodes well that Disney hotel staff are checking the Value Resort rooms after so long away. The Guest seemingly took the broken shower and ceiling maintenance checks in good spirits going on to describe what happened:

They were checking in the afternoon when most people would be out. It literally involved a maintenance guy coming in, checking the ceilings and quickly looking over whatever he was meant to and then leaving. The whole thing took less than a minute both times. And even though they aren’t cleaning every day, house keeping stopped by every day and asked if we needed anything or if they could do anything for us.

This is not the first time one of the Disney hotels has faced water issues. Disney’s Caribbean Beach Resort left Guests without hot water after a particularly wet day at the Parks and had to wait until morning before the amenities returned to normal.

The opening of Disney’s All-Star Sports came just months after Walt Disney World began its 50th anniversary celebrations AKA The World’s Most Magical Celebration. New offerings include Disney Enchantment at Magic Kingdom Park’s Cinderella Castle, Harmonious at EPCOT’s World Showcase Lagoon, Disney KiteTails at Disney’s Animal Kingdom, and perhaps rather divisively, the end of the virtual queue for Star Wars: Rise of the Resistance at Disney’s Hollywood Studios and the debut of Disney Genie.

Have you ever faced maintenance issues at a Disney Resort? Let us know in the comments down below!