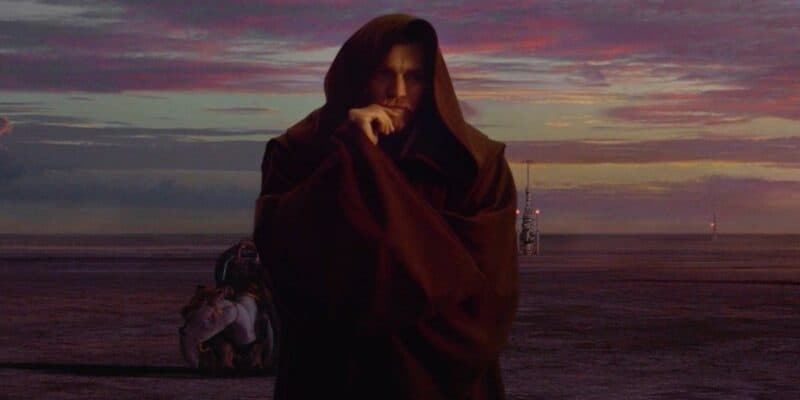 Obi-Wan Kenobi may be retconning a popular character from The Clone Wars.

Fans are very excited to see Ewan McGregor reprise his role as Obi-Wan. The limited series will explore a “broken” version of the character. Characters such as the Grand Inquisitor (Rupert Friend)  will make their live-action debut and Darth Vader (Hayden Christensen) will be returning to the Star Wars universe which means Kenobi will be in trouble.

After seeing the trailer, fans are looking for any new details about the series. A new synopsis for the show has revealed that Kenobi may in fact know one of the Inquisitors personally. Here’s the new official synopsis for Obi-Wan Kenobi:

During the reign of the Galactic Empire, former Jedi Master Obi-Wan Kenobi embarks on a crucial mission. Kenobi must confront allies turned enemies and face the wrath of the Empire.

The Imperial Inquisitors are fallen Jedi who turned to the dark side during or right before Order 66.  This new synopsis reveals that Kenobi may have to “confront” his past as it is likely he may know who the Inquisitors were back when they were a Jedi.

Obi-Wan Kenobi is reported to have flashbacks which could help let fans know more about who the Inquisitors were as Jedi. Fans shouldn’t be surprised if Kenobi recognizes the Grand Inquisitor as he was once of the temple guard protecting the Jedi Temple.

Another possible connection would be with Barriss Offee as she was a Jedi who ended up attacking the Jedi Temple. In The Clone Wars, Barriss tricks the Jedi Council into believing Ahsoka Tano was the one responsible for the attacks.

While nothing has been made official, there is a possibility that Obi-Wan will have to face his demons when he fights the Inquisitors. Knowing that Barriss was responsible for Ahsoka leaving the Jedi Order, fighting Barriss would add a new layer to the story. Kenobi already feels guilty for Anakin’s downfall into the dark side and seeing someone like Barriss won’t help Kenobi with his emotions.

This would be a retcon as fans know that Barriss was arrested and in prison at the end of The Clone Wars. When Order 66 happened, it would have made sense for Barriss to be killed by the clones guarding her cell. For her to escape and be one of the Inquisitors would be hard to imagine because Offee is a good person who did the wrong thing. For her to join the dark side completely would be very different than what was shown in The Clone Wars.

Fans will have to wait and see if some of the Inquisitors are revealed to be former Jedi that fans know from the Prequel Trilogy.

Do you think Kenobi will meet Barriss Offee? Let us know what you think in the comments section below!