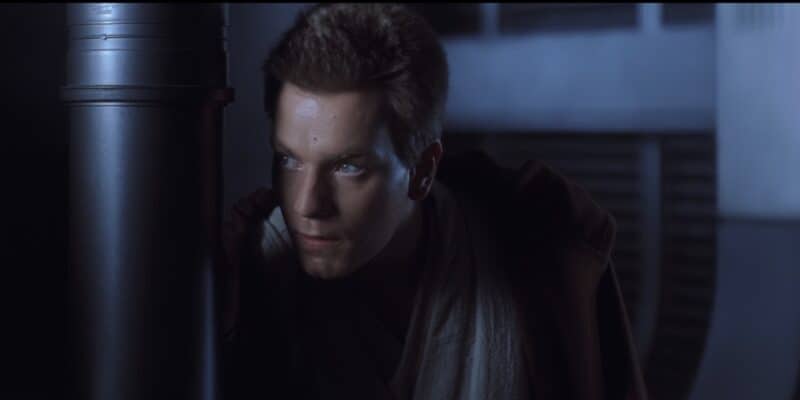 Ewan Mcgregor wasn’t happy with his hairstyle in Star Wars: Episode I — The Phantom Menace (1999).

Mcgregor has been playing Obi-Wan Kenobi for a long time as the actor last played the Jedi master in Star Wars: Episode III — Revenge of the Sith (2005) and is reprising his role for the limited series, Obi-Wan Kenobi. Fans have been waiting a long time to see the actor back in the Star Wars universe. Kenobi will be in trouble as he will most likely fight Inquisitors as well as face Hayden Christensen’s Darth Vader.

While talking to Entertainment Weekly, Mcgregor was able to reflect back on his character’s history through the Star Wars franchise as the actor told the story of how he ended up with every hairstyle in the Prequel Trilogy.

Many fans can recall seeing McGregor in a “Jedi-mullet” was very fun in Star Wars: Episode II — Attack of the Clones (2002). Throughout the films, Mcgregor’s hair has changed drastically as it was shorter in Revenge of the Sith because George Lucas wanted Ewan to closely resemble Alec Guinness and let fans start to see the connection between the two actors as Guinness played the older version of Kenobi in Star Wars: Episode IV — A New Hope (1977).

The actor was fine with all of these decisions even though McGregor did point out that he wasn’t a big fan of the “Jedi-mullet” but he didn’t like how he looked in The Phantom Menace. Specifically, McGregor wasn’t a fan of his appearance in the reshoots for the film because the actor couldn’t have short hair due to another movie he was in, so he had to wear a short wig which he didn’t like:

“And then for episode 1, not only did I have to wear it for the reshoots, and it’s usually just a little shot here or there for reshoots. And most people don’t really notice it.”

Ewan continued by sharing that someone working on the film had used a still from him from the reshoots for posters which pissed off the actor:

“But some bright spark decided to put me on a poster in the wig! They picked an image of me from the reshoots and I saw myself in this huge poster in the wig. And I’m like, ‘Are you kidding? You couldn’t find a still of me when from the real shoot?’ Unbelievable. I don’t know who that was, but I’d love to meet them one day and just say, ‘Are you f—ing kidding me about that?'”

While it’s hardly noticeable when McGregor is wearing a short wig for some reshoots, it’s understandable why the actor would be upset. McGregor did reveal that even though his hair is longer in the limited series, it was done to show how Kenobi is “unkempt” and “broken” as the character wouldn’t be paying too much attention to himself:

“It’s a longer haircut. I think it’s a man who’s been not looking after himself so much, and I wanted a much more sort of unkempt look where Obi-Wan starts at the beginning of that story, he’s pretty hopeless. He’s without hope, he’s without faith and he wanted this sort of hair and beard to represent that. So it’s much more less groomed and longer.”

Did you notice that Ewan McGregor wore a wig for a few scenes in The Phantom Menace? Do you like Kenobi’s new look? Let us know what you think in the comments section below!