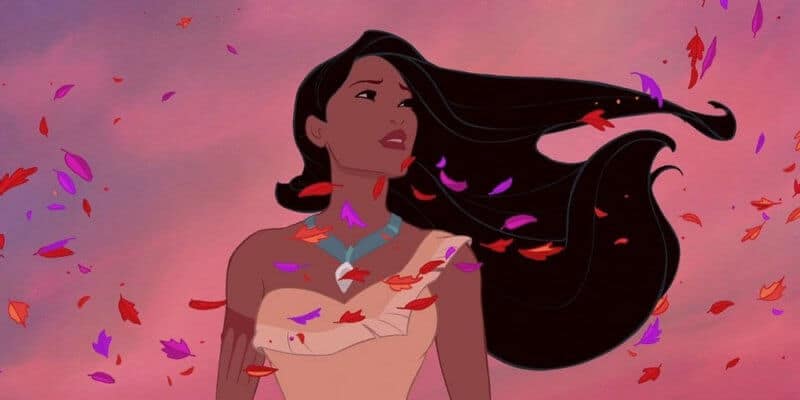 Marvel fans were shocked when King Conan #3 hit shelves two weeks ago. Writer Jason Aaron, artist Mahmud Asrar, colorist Matthew Wilson, and letterer Travis Lanham introduced a new character named Princess Matoaka, based on the Pocahontas. It does not appear that anyone at Marvel Comics thought the idea all the way through. Fans immediately called out the new problematic character.

Marvel Comics Conan the Barbarian first appeared in 1970, created by Robert E. Howard, Roy Thomas, and Barry Smith. For most of his continuity, he existed in his own side of the universe as the license for the character is owned by Paradox Entertainment and was used by both Marvel Comics and Dark Horse Comics in the past. Most fans know the version played by Arnold Schwarzenegger in Conan the Barbarian (1982).

He has been crossing over with more the Avengers in recent years, hinting that he could pop up in the Marvel Cinematic Universe. To this point, the current King Conan comic book has been pushing up his timeline. An older version of Conan finds a woman marooned on an island of the undead with Princess Matoaka. The official description of the controversial comic reads:

“A BEASTLY COURT! The mysterious PRINCESS of the cursed island reveals her secret to CONAN…one powerful enough to rock the foundations of the king’s journey! But will her temptation save the king…or lead to ruin? It won’t matter if Conan can’t survive the assault of the island’s violent beasts! And, as one plan fails, what does THOTH-AMON’S newest scheme bring?”

Why are Marvel fans upset?

The scantily-clad character, Princess Matoaka, is a reference to Pocahontas. The real-life Native American was named Amonute, and she went by Matoaka privately. Disney has been rightfully criticized for the way they chose to depict Pocahontas in the animated film Pocahontas (1995).

Irene Bedard voiced Pocahontas, Disney’s first indigenous Princess in the film. It was also Disney’s first animated film based on real-world history. It takes egregious liberties with the story of the real-life Pocahontas to ignore the actual atrocities that she faced.

The real Pocahontas was 12 or 13 years old during the period the Disney movie covers, yet she’s depicted as 18 to 19, according to supervising animator Glen Keane. In the film, she falls in love with Captain John Smith. In reality, she was after being kidnapped and returned to her tribe, her father Chief Powhatan gave another white man named John Rolfe permission to marry his teenage daughter. She was later forced to travel to Europe as an ambassador/attraction, her child was taken away from her, and she died of pneumonia on the voyage back to her homeland.

In King Conan #3, Princess Matoaka meets Conan after being sacrificed by her tribe. She fell in love with a Greek explored who tried to steal their treasure. She killed her lover but was ultimately left to drift off to sea by her people. Shortly after meeting Conan, she attempts to seduce him.

Disney has made strides in recent animated films to avoid the same mistake. Recent films like Moana, Frozen 2, and Encanto have consulted with the actual people they are telling stories about. And if the reaction to Encanto is anything to go by, this has been working in their favor.

Marvel Studios boss Kevin Feige has also been pushing for more diversity in the Marvel Cinematic Universe, though he has suffered major missteps. This includes accusations of anti-Semitism in the upcoming Moon Knight series and whitewashing characters like America Chavez in Doctor Strange in the Multiverse of Madness. Ms. Marvel has been the flashpoint for many criticisms.

“disgusted isn’t even close to a word for it. how?? how is this okay?? she was a REAL LITTLE GIRL – to do this her, to us, over and over again… i am just at a loss. disgusting. does she not deserve rest? reclamation? honor? you colonizers make me vom”

disgusted isn't even close to a word for it. how?? how is this okay?? she was a REAL LITTLE GIRL – to do this her, to us, over and over again… i am just at a loss. disgusting. does she not deserve rest? reclamation? honor? you colonizers make me vom 🤬 https://t.co/AKunXYAUHs

“I am truly AGHAST. How did you not have a sensitivity reader for this?? And you used her REAL NAME? You made this even WORSE? The writers, creatives, @Marvel  – everyone involved – you should be donating everything made on this to #MMIW: I am truly just at a loss… the DISRESPECT

I am truly AGHAST. How did you not have a sensitivity reader for this?? And you used her REAL NAME? You made this even WORSE? The writers, creatives, @Marvel – everyone involved – you should be donating everything made on this to #MMIW: I am truly just at a loss… the DISRESPECT

“In KING CONAN #3, I made the ill-considered decision to give a character the name of Matoaka, a name most closely associated with the real-life Native American figure, Pocahontas. This new character is a supernatural, thousand-year-old princess of a cursed island within a world of pastiche and dark fantasy and was never intended to be based on anyone from history. I should have better understood the name’s true meaning and resonance and recognized it wasn’t appropriate to use it. I understand the outrage expressed by those who hold the true Matoaka’s legacy dear, and for all of this and the distress it’s caused, I apologize. As part of that apology, I’ve already taken what I was paid for the issue and donated it to the National Indigenous Women’s Resource Center. The character’s name and appearance will be adjusted for the rest of this mini-series and in all digital and collected editions.”

However, this does little to assuage fans. Jason Aaron has portrayed Native Americans and Indigenous people in other work, which has had mixed reviews. In 2007, Aaron wrote a comic book called Scalped for Vertigo, which is an imprint of American comic book publisher DC Comics started by editor Karen Berger in 1993. At the time, Scalped received critical praise. However, Rob Schmidt, the author of Peace Party a comic book featuring American Indians, has criticized Scalped for its “ultra-negative” portrayal of life on the reservation.

The official description of Scalped from DC Comics reads:

“Jason Aaron, the hot new writer of the critically acclaimed series THE OTHER SIDE, teams with gritty artist R.M. Guéra for an intense crime drama that mixes organized crime with current Native American culture. This special low-priced volume collects the first five issues of the riveting Vertigo series SCALPED. Fifteen years ago, Dashiell “Dash” Bad Horse ran away from a life of abject poverty and utter hopelessness on the Prairie Rose Indian Reservation searching for something better. Now he’s come back home armed with nothing but a set of nunchucs, a hell-bent-for-leather attitude and one dark secret, to find nothing much has changed on “The Rez” — short of a glimmering new casino, and a once-proud people overcome by drugs and organized crime. Is he here to set things right or just get a piece of the action?”

Connorbeardox, who analyses Native representation in media on TikTok, called out how offensive it was to create a character like the one seen in King Conan. Whether she is intended to be a version of Pocahontas, creating a sexualized indigenous woman is still very problematic. Especially considering the higher instances of rape and sexual assault in the Native American communities.

For some fans, changing her name does little to undo the damage done by the character. The Marvel Voices comic recently devoted an entire issue to indigenous comic book characters and creators. The book included characters like Echo/Maya Lopez, who recently debuted in the MCU in Hawkeye on Disney+. Indigenous Voices was written by Jeffrey Veregge, who is Salish, part of the Port Gamble S’Klallam Tribe in Washington State. And clearly, Marvel still has a long way to go to build on his work.

It seems baffling that Jason Aaron could have accidentally used the name of a real historical figure. It appears that due to time constraints of putting together a mainstream comic, the team behind King Conan took very little effort into the character. It is as if they simply googled the “Native American Princess name” and simply took the first result with no further research. Truly baffling considering that the Marvel Cinematic Universe recently had to change the name of Shuma-Gorath to Gargantos because of copyright issues with a Conan the Barbarian comic.

Let us know in the comments if you think that Marvel should completely redo the character of Princess Matoaka beyond changing her name.