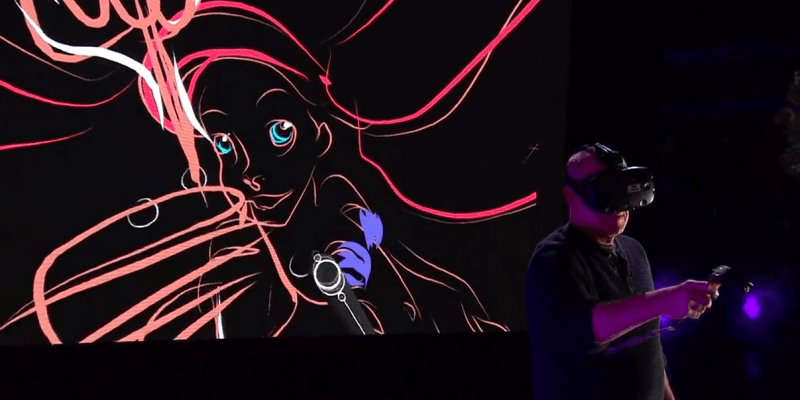 Glen Keane, the legendary Disney animator who worked on such films as “The Little Mermaid,” “Beauty and the Beast,” and “Aladdin,” recently stopped by “The Late Late Show with James Corden” to delight the audience with his amazing animation skills.

During his visit, Keane used virtual reality to create a 3D animation sketch of one of his favorite characters, Ariel from “The Little Mermaid.” In a sequence set to the iconic song “Part of Your World,” Keane brings Ariel to life on a big screen in the background.

See Glen Keane’s animation skills in action in the video below.

Keane appeared on the show alongside NBA legend Kobe Bryant to promote their new collaboration “Dear Basketball,” a short film about Bryant’s love of the game.

For more from “The Late Late Show with James Corden,” head over to their YouTube page.

Comments Off on VIDEO: Disney animator Glen Keane draws Ariel in 3D for “The Late Late Show with James Corden”