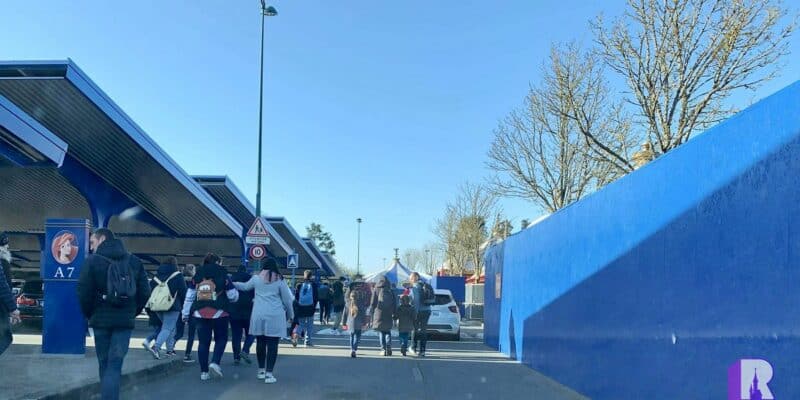 Disneyland Paris is currently celebrating their 30th anniversary which has left the Park more desired than ever.

The celebration that Guests have been waiting for is finally here, and we saw Guests show up in crowds for it. Wait times for merchandise were at multi-hour estimates with lines sprawling across Disneyland Park, new cups, food, and more were displayed.  Sleeping Beauty Castle is now lit with LED lighting, decor is in place, Mickey Mouse, Minnie Mouse, and the rest of the gang have their outfits ready, Illuminations returned, and there is an all-new song for the celebration that sends a party down Main Street, U.S.A.! And that is just the tip of the iceberg, we haven’t even discussed the new drone technology that lit up the night sky.

With a celebration this big, one can imagine how busy the Park must have been, as it truly was a moment in Disney history. But, even on the most perfect of days, things can still go wrong.

If we look at Walt Disney World Resort, we know there are a ton of fun things that Guests are able to do when they are not visiting Magic Kingdom, EPCOT, Disney’s Animal Kingdom, and Disney’s Hollywood Studios. From mini-golf to dining to shopping and so much more, the opportunities are endless. One of my favorite non-Park things to do, however, is visiting the 25+ Disney Resorts on property. Every Disney Resort is so well-themed and has a lot of detail to explore, so spending a few hours at one is a great way to enjoy a vacation. Due to this demand, there are a ton of parking options for Guests.

Disneyland Paris is currently struggling with their Parking options, as it seems. DLP Report (@DLPReport) took to Twitter to show that there are construction tents set in certain areas of Guest Parking. Now, both pedestrians and drivers are being forced to share the road which will surely cause a delay for those driving as they must maintain a walking speed with their driving.

Lots of patience required to access some of the front lanes of Guest Parking. Due to construction on the tents, pedestrians are using the road.

🔧 Lots of patience required to access some of the front lanes of Guest Parking. Due to construction on the tents, pedestrians are using the road. pic.twitter.com/tiXmyxkwTY

Guests should be extra careful while sharing the road with cars, as well as drivers looking out for pedestrians at all times.

Are you planning to visit Disneyland Park or Walt Disney Studios Park this year?