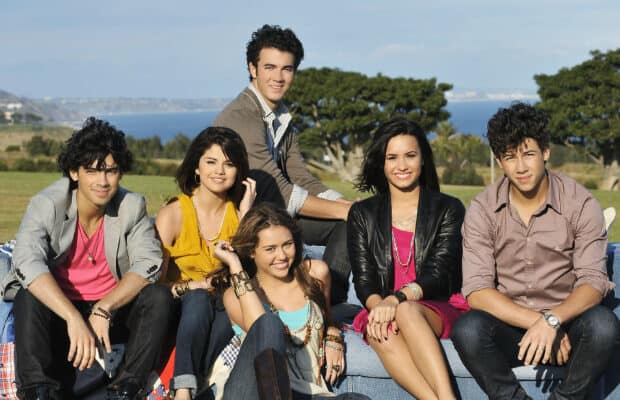 Flashback to 2008 — The Jonas Brothers were the hot new band, Selena Gomez was up and coming, and Taylor Swift already released her first album and was working on her second. But as a teenager, one of the best things to see if when your favorite celebrity dates your other favorite celebrity — and for a lot of people that was Nick Jonas and Selena Gomez, or Joe Jonas and Taylor Swift.

Of course, a lot has changed since 2008 — except for the relationship that blossomed between Gomez and Swift.

The “Love You Like a Love Song” singer appeared on a KISS FM radio in London in 2017 where she talked about how that friendship between the two pop icons began — and it was all thanks to the Jonas Brothers.

When Gomez was asked about her friendship with long-time friend and fellow pop artist Taylor Swift, she revealed the two met through the Jonas Brothers, who they both dated years ago. “We actually dated the Jonas Brothers together,” Gomez said. “It was hysterical.”

Gomez then went on to say, ”It was the best thing we got out of those relationships!”

Swift dated the middle Jonas Brother, Joe, from the summer to fall of 2008 while Gomez dated the youngest, Nick, around the same time.

Selena Gomez began her acting career on the children’s television series Barney & Friends, but she really rose to fame in her teenage years when she took on the lead role as Alex Russo in the Disney Channel series Wizards of Waverly Place.

Since then, she has gotten into the music industry, releasing various albums and songs, including hits like “Love You Like a Love Song,” “Wolves,” and “The Heart Wants What It Wants.”

The singer, actress, and producer is currently starring in Hulu’s Only Murders in the Building, alongside Steve Martin and martin Short. The series is streaming now.

Do you remember when Selena Gomez and Taylor Swift dated the Jonas Brothers? Let us know in the comments below.