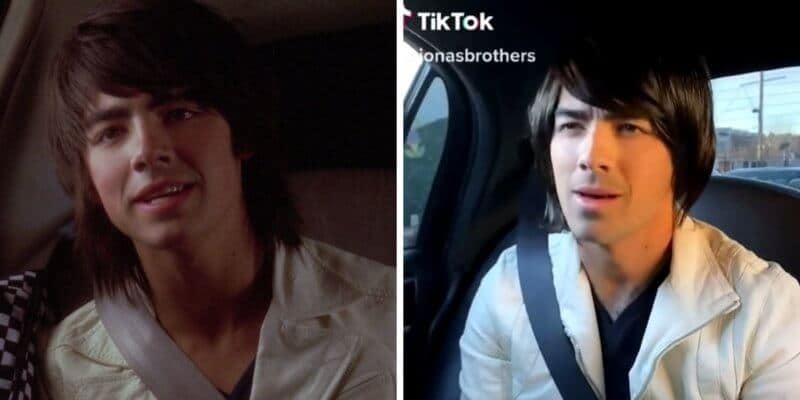 This is everything we’ve been waiting for! (and more!)

In 2019, fans of The Jonas Brothers were in complete shock when they found out the Jo Bros got back together and were creating new music. (Talk about nostalgia).

The trio of brothers went on to release a number of songs including Sucker, Only Human, and Strangers off of their new album Happiness Begins as well as their Amazon Prime Video documentary, Chasing Happiness.

Fans everywhere have been thriving and loving the new music, but that’s not the only gift The Jonas Brothers have given fans recently.

The Jonas Brothers are bringing us back to our childhoods by recreating a famous scene from the Disney Channel Original Film, Camp Rock, on the social platform, TikTok.

Well, the brothers decided to take to TikTok to recreate that scene, and I think it’s safe to say — They absolutely nailed it.

You can watch the recreation below.

It’s official — The Jonas Brothers are the KINGS of TikTok.

The Disney Channel Original Film, Camp Rock, takes place at a music camp for gifted teens. When one of the popular teen idols (Joe Jonas) overhears a girl (Demi Lovato) singing, he decides to set out to find who the very talented voice belongs to.

What he doesn’t know is that the talented girl is actually a camp kitchen worker with a fear of being heard.

Camp Rock is available to stream on Disney’s streaming service, Disney+. If you are not yet signed up to Disney+, you can find out more information here.

What did you think of The Jonas Brothers recreating the Camp Rock scene? Do you think they nailed it? Let us know in the comments.