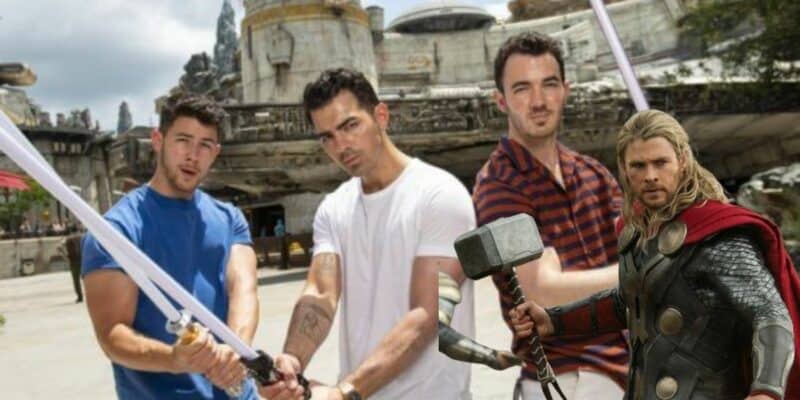 For many Disney fans who grew up watching the Disney Channel in the 2000s through to early 2010s, there are a few icons that many of us adored in our childhood. When it came to bo ybands, of course, Backstreet Boys and NSYNC were up there, but for many, The Jonas Brothers were a teenage heartthrob.

It became impossible to purchase a Tiger Bear or J-14 magazine without seeing a giant foldout poster featuring Kevin Jonas, Joe Jonas, and Nick Jonas posing with a guitar! The Jonas Brothers ended up having their own Disney show called Jonas L.A., which lasted for two seasons. On top of that, they were featured in two incredibly popular Disney Channel Original Movies, Camp Rock and Camp Rock 2, alongside Demi Lovato. Quickly, The Jonas Brothers ended up joining the main Disney crew, which included stars like Miley Cyrus (Hannah Montana) and Hilary Duff (Lizzie McGuire), and more.

Related: Miley Cyrus Once “Shut Down” Disneyland for her Birthday

Since their Disney days, the JoBros have evolved a lot. The band split for years and recently came back together to put out their “Happiness Begins” album and tour the world! The three are also all married to their respective partners: Priyanka Chopra, Sophie Turner, and Danielle Jonas. Lately, there have been rumors about Nick and Priyanka’s relationship being on the rocks, but it seems that those rumors have since been squashed.

Now, the Jonas Brothers are featured on a Netflix roast called Jonas Family Roast. It is a star-studded event hosted by Kenan Thompson, and when People spoke with the Jonas Brothers, they brought up another set of brothers that the musical group could face-off: the Hemsworth’s.

“We think the Hemsworths or the Kardashians doing this as a family roast would be spectacular,” Kevin tells PEOPLE.

“But I wouldn’t want to be in a fistfight with the Hemsworth bros!” jokes Joe, 32, about Chris, Liam and Luke.

The Australian-born Hemsworth brothers are comprised of Luke Hemsworth, Liam Hemsworth, and Marvel star Chris Hemsworth who plays Thor in the MCU. Chris has starred in multiple Avenger films, as well as his own standalone films, and all of the brothers are very fit — so it is not a shock that the Jonas Brothers want to stay away from a real fight with them!

Would you want to see the Jonas Brothers face off against the Hemsworth brothers?