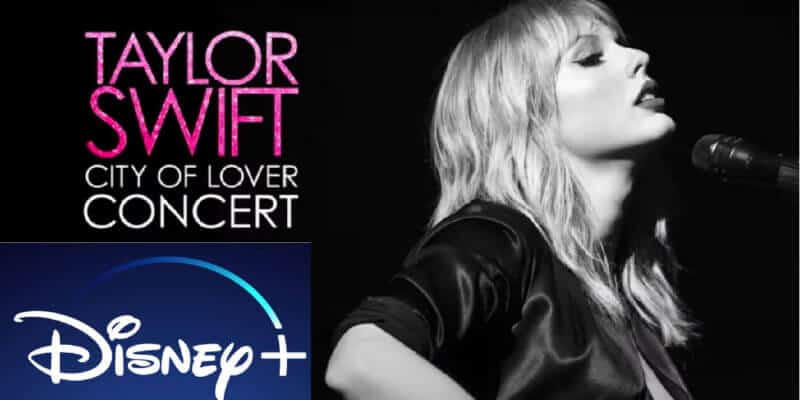 Swifties and Taylor Swift lovers, you’ll want to hear this!

Pop superstar and award-winning music icon Taylor Swift just announced that she will be dropping a concert special titled, “City Of Lover” to air on ABC, then to appear on Disney+ and Hulu. She made the announcement in a video that aired on Good Morning America; check it out here!

In the video, Taylor is quoted saying,

“So, I played this concert in September called the City of Lover show and it was in Paris and it was so much fun! It was actually a show put together to celebrate the Lover album coming out, and we filmed it!”

ABC also released a trailer video for “City Of Lover“, which teases “never before seen footage”, and highlights the opportunity for fans to get a front-row seat to watch some of Taylor’s first live performances of songs from her hit new album, Lover. During the concert, she performs well-known hits like the first single of the album “ME!”, “The Man”, and the title song, “Lover“.

Swift fans know that the multi-grammy award-winning artist of the decade has a reputation for putting hints on social media when she plans on releasing something in the near future. As Swift began making cryptic posts on Twitter and Instagram recently, fans deduced that an announcement was imminent.

Excited to announce the City of Lover Concert! We filmed my show in Paris in September and thought it’d be fun to share it with you ?May 17 at 10p ET on @abcnetwork and available the next day on @hulu and @disneyplus! #TaylorSwiftCityOfLover pic.twitter.com/7B3ky0rO5B

If you’re a huge Swift fan and can’t wait for May 17th, be sure to catch her hit Netflix documentary, “Miss Americana“, or the Reputation Stadium Tour movie, both available now!

Related: “Everything Coming To Disney+ In May 2020”

Do you consider yourself a “swiftie”, and if so, what is your favorite song on Lover? Are you excited to catch this special when it hits Disney+? Let us know in the comments!