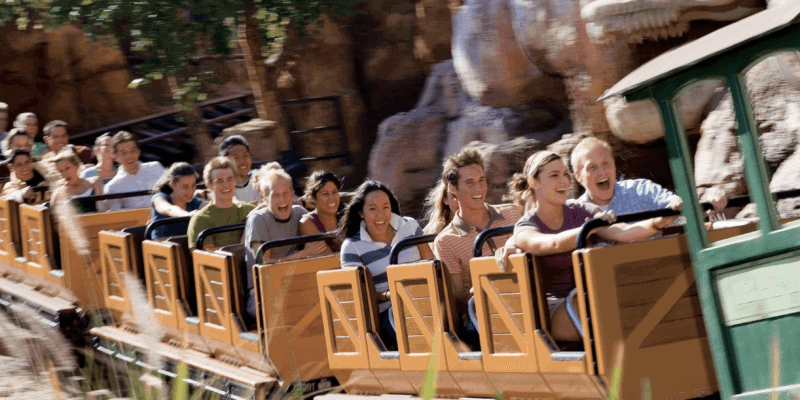 When Guests go to Walt Disney World, they must always recognize that there are rules and regulations that must be abided by, such as waiting in line for attractions. Walt Disney World and Disneyland both offer many rides, restaurants, shows, and attractions at the Resorts.

At times, the selection can be overwhelming which may cause stress for some Guests, especially when lines are long. Wait times can end up being hours long for attractions like Seven Dwarfs Mine Train or Peter Pan’s Flight, but if a Guest chooses to enter the queue, they will have to wait in the order in which they entered.

We’ve recently covered a few stories on line0cutting at the Disney Parks as it seems like it’s, unfortunately, a reoccurring problem. A verbal fight even broke out after one Guest tried to cut in line for the popular Flight of Passage attraction in Disney’s Animal Kingdom. A recent Reddit thread exploded after one Guest brought this issue up in the Disneyland Parks specifically. See the post from u/1KawaiiBatman below:

I recently went back to Disneyland for the first time in 3 years and I must say; much better than before. I loved the atmosphere, new shop items, new attractions, and seeing characters out more than they used to be was a delight. My problem was with the line-cutters; for example: let’s say I was waiting in line for the ride Radiator Springs – now I know some people have to use the restroom and have their family, friend, or partner save that spot for them, which is totally understandable because its 1 person – but when its one person standing in line, holding that spot, and 3+ people are cutting to the front to stand with that person, thats a problem! This wasn’t a once in awhile thing happening either. This was every. single. ride I waited in line for. As a society we shouldn’t allow this. It’s bad enough we are all waiting in line for 45+ minutes sometimes. Am I the only one that finds this as a problem? It seems to be borderline abuse for line-cutting that nobody stops or are too afraid to say anything about? I’m not sure what is going on with this broken system, but any thoughts or similar situations anyone else has had with this too? I feel like I’m going crazy lol

Line-cutting on Disneyland rides… from Disneyland

The post gained a ton of traction, bringing in over 150 comments from other users voicing their frustrations. User u/elevation24 commented:

The worst is when it happens and you’re in the single rider line. Like what? 🤔

User u/blatheringasphalt suggested a solution to this problem:

They need to just pay their $20-67 like everyone else for the privilege of linecutting!

User u/pirateslifeforme commented on their experience:

Last time I was waiting in line for the train. 2 people in front of us had there what seemed like a family reunion join them! About 8 of them showed up right when the train pulled in. And of course they stop at me with my group of 3 and tell me it will be 20 minutes for the next train.

This and filming in a dark ride are my biggest pet peeves. There was a time back in 2019 when every single time I went on Pirates three people in the boat had their cell phones out with the flashlights one trying to film the entire attraction. Like your video quality is going to be zero…what is the point?? Completely ruins the mood. I actually haven’t encountered it that much since the park reopened thankfully. But I have encountered the line cutters and have called them out on it and they unashamedly said they did not care and remained in the line in front of me (it was one person and five joined them and basically cut the entire pirates line).

While line-cutting is an unfortunate hindrance to Guests at the Disney Parks and Resorts, there will always be unruly Guests who do not listen to the rules. Disneyland has official rules and policy page which can be found here. Disneyland’s official statement on cutting in line and using vulgar language is as follows:

Disney recently introduced a new system called Disney Genie along with the new Lightning Lanes with the goal being crowd control land smaller wait times. While the jury is still out on how efficient the service is, many Guests have been left frustrated, leaving many Guests feeling confused by the service. In theory, this paid service should enhance Guests’ experience at the Parks, but in practice, it seemed to just be an expensive itinerary planner.

Disneyland is located on private property and therefore can operate under its own rules and regulations. Guests who are unable to follow these rules are at risk of being removed from the Park, or worse, depending on the situation at hand. Please be sure to always be aware of the rules set out by Disney before your visit to ensure you are not creating an unsafe or negative environment for Guests and Cast Members.

Have you experienced line utters at the Disney Parks? Let us know in the comments below.