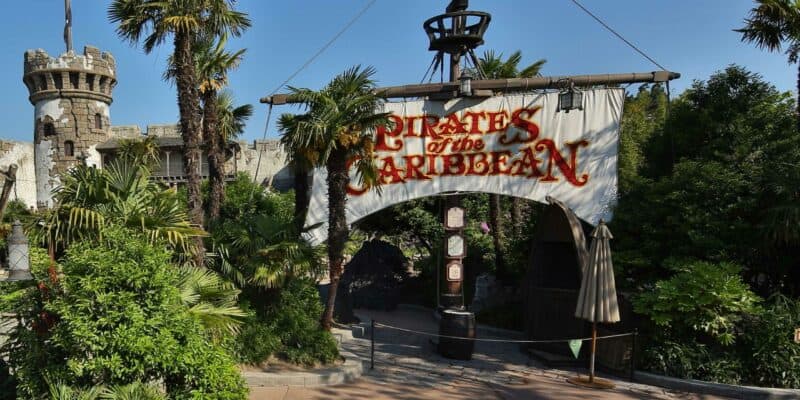 When thinking of iconic Disney rides and attractions, a few may come to mind. Space Mountain, “it’s a small world” or even Peter Pan’s Flight. But to many, it doesn’t get any more iconic than Pirates of the Caribbean.

This fun attraction takes Guests on a journey through the life of a pirate, encountering all sorts of trouble along the way. Guests travel by boat through creepy caves, fly under cannon fire and come face to face with the legendary Captain Jack Sparrow (Johnny Depp) multiple times.

Related: Figment Popcorn Bucket RETURNS, And Guests Won’t Have to Wait In Line

However, on January 17, Pirates of the Caribbean at Disneyland Paris closed down for several weeks as the attraction underwent a refurbishment. The ride reopened to Guests about a week ago, but there are still some noticeable malfunctions occurring on the ride as we recently covered.

Now, a few Guests have also noticed an illusion-breaking effect on the ceiling of the show building for the ride, sharing an image on Twitter. See the full tweet from @air_magique below:

Since the refurbishment of Pirates of the Caribbean some of the lighting is really hitting the show buildings ceiling breaking the illusion of the night sky 🙈 (looks worse with long exposure than in real life but still…) pic.twitter.com/tn3BqVyTdp

As you can see, some of the lighting is hitting the ceiling in a very unflattering way, breaking the illusion of the attraction. While a small error, Disney is always making an effort to put on a “good show” so we can only hope this issue gets sorted out quickly. Disneyland Paris describes the attraction as:

Have you visited Disneyland Paris yet? Let us know in the comments below!