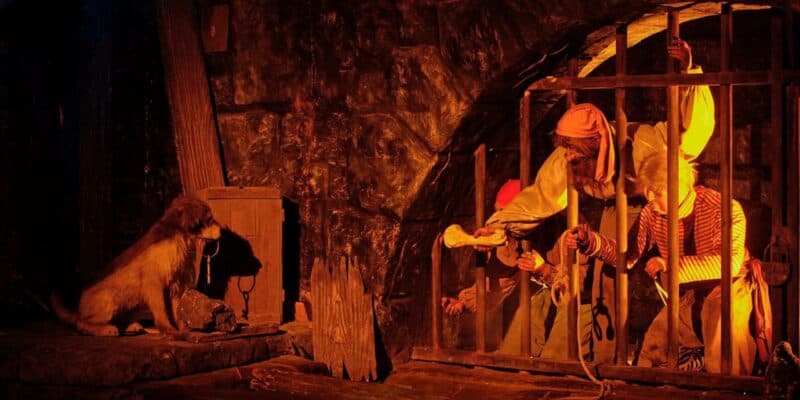 If you are looking to ride Pirates of the Caribbean tomorrow at Disneyland Paris, don’t get too excited as it may be a shiver-me timbers moment for Guests!

Pirates of the Caribbean is an incredibly popular attraction at Parks all over the globe, funneling in Guests who want to hop aboard their own ship to enter the world where pirates rule. Because Pirates of the Caribbean is so popular, it is important to always know if the ride will be open when you visit any Disney Park! Disneyland Paris Resort is undergoing a ton of change as of late to prepare for the 30th anniversary celebration, which has left a lot of the hotels, areas of the Parks, and attractions under refurbishment! Even Sleeping Beauty Castle saw a massive overhaul.

Starting on Monday, Pirates of the Caribbean will be shutting down for a refurbishment at Disneyland Park. The ride will only be closing for a short while, reopening on February 4, 2022. The two-week closure will thankfully remain at that, at the moment, but will, of course, affect Guests visiting the Park during that time.

Also, Pirates of the Caribbean is not the only attraction that will be closed on Monday, as Le Carrousel de Lancelot and Thunder Mesa Riverboat Landing will also be closing.

Disneyland Paris describes the attraction as such:

Starting tomorrow, the attraction: Pirates of the Caribbean will close its doors for renovation including the shop: Le Coffre du Capitaine

What is your favorite attraction at Disneyland Paris?