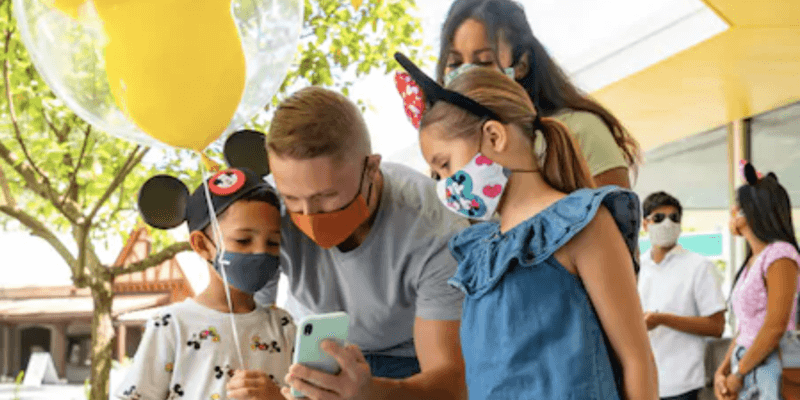 Everyone knows Disney World is “The Most Magical Place on Earth”, with all of the four Parks packed to the brim with exciting rides, attractions, and fine dining. The Disney resort in Orlando, Florida proves to be insanely popular, with the Magic Kingdom being the most-visited theme park in the entire world. But many cracks are starting to form for Disney Guests with many realizing there are a lot of issues piling up.

Due to the ongoing COVID-19 pandemic s well as other reasons, the Disney Parks have struggled recently, increasing prices and offering a less-than-ideal product for Guests. From lackluster food, smaller portion sizes, quality control issues, and price increases in seemingly every area, Guests are starting to become frustrated with the Walt Disney World experience.

These frustrations were shown in a huge thread on Reddit, where a Guest shared their “miserable” experience while visiting Walt Disney World recently. They claimed that Disney World has become too expensive and not worth the effort or money. The post gained a ton of traction with nearly 400 comments from other Guests. See the full post from u/ExternalCool2000 below:

The prices finally got to me from WaltDisneyWorld

User u/vtfb79 claimed to have worked for Disney previously, saying:

Used to work in Revenue for WDW, oh my the dollars that come in. Everyone is literally a walking dollar sign. One of the key metrics they look at is Revenue per Attendee. What does the average person spend. If Revenue and Revenue per attendee both go up, they couldn’t care less about attendance…unless they want more revenue….

Unfortunately, I think this is the way Disney has chosen to reduce crowds. If you keep charging more for the experience, those who cannot afford it will fall away, and only those who can afford it will be there. Lines will decrease naturally as a function of this effect.

It sucks, but I don’t think Disney cares about ‘ the little guy’ in the long run. Once they hit a certain price point, it will balance out.

Maybe another visionary will step up with another gate that is just as much fun, affordable and magical. Universal is getting better, with Harry Potter and Jurassic Park properties.

User /ThomW shared their idea of what could help this issue:

They really need another big park to spread people out. They’re cramming more and more hotels full of people into the same parks that have been there since the 80s and it’s collapsing. :/

User u/Stewbattalborg criticized how Disney ios handling its other Parks:

The need to finish Animal Kingdom and fix EPCOT first.

Disney tries to find a balance between price and park attendance. If the park is always full, they increase the ticket price until park attendance goes down. We are in that process now, they will keep raising until attendance stops, then that will be the new normal.

Not defending Disney, because it does suck that prices are going up while services goes down.

Many Guests are also becoming frustrated with Disney’s new Genie+ and Lightning Lane systems, calling it overpriced and just another way for the Walt Disney Company to make money. The service is supposed to help the Guest experience but many are left frustrated and confused.

Many Guests also blame the issues the Parks are facing on current Disney CEO Bob Chapek, who is “controversial” within the Disney community to say the least. Many Guests feel Chapek is only profit-driven and is not creative enough to lead the Disney Parks and Resorts. A few months ago, a petition was even created to remove Bob Chapek as became one of the most signed on the entire website. Lots of Guests are calling Disney’s upcoming Star Wars: Galactic Starcruiser too expensive as well, with the future of the Resort being questionable at best.

What do you think of the experiences shared in this Reddit post? Do you agree or disagree that Disney is too expensive? Let us know in the comments below!