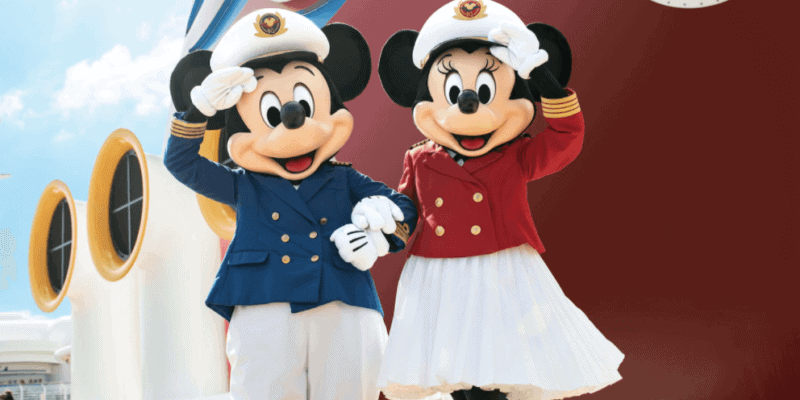 Disney Cruise Line recently confirmed that it will soon be adding a new U.S. port at Fort Lauderdale’s Port Everglades.

A report about this exciting news shared details about the timeline DCL fans can expect:

At the end of October 2021, a 15-year Marine Terminal and Berth User Agreement agreement between Disney Cruise Line and Broward County was finalized which will allow Disney to conduct multi-day passenger cruise from Port Everglades’ Cruise Terminal 4 as soon as October 2023, but no later than May 1, 2024. At the end of the 15-year term in 2038, Disney Cruise Line may extend the agreement up to 3 additional 5-year terms.

Now, it has been confirmed that budget airline, Frontier, will be returning to Fort Lauderdale after a lengthy absence, offering Disney Cruise Line Guests new direct flights to the region. Per USA Today, prices per ticket start under $50 and some are even cheaper, with certain flights from Orlando International Airport (MCO) to Fort Lauderdale running $19 apiece:

The Denver-based budget carrier, which offers bargain fares but charges extra for everything else, on Tuesday said it plans to resume service to and from the south Florida vacation destination in February. Frontier has served Fort Lauderdale in the past, most recently in 2019.

The airline plans to offer nonstop service to and from:

It has not yet been announced which of Disney’s cruise ships will make port at the new Port Everglades berth, but it is possible that it will be home to at least one of the two remaining Triton class liners that are due to take their maiden voyages in the coming years.

Although 2021 cruises have looked quite different due to the ongoing pandemic, Disney is planning a huge return to sailing in 2022. The fleet’s first Triton Class cruise ship, the Disney Wish, will take her maiden voyage in June 2022.

Are you excited about these new budget airline flights for DCL Guests?

Let the expert team at Academy Travel help you plan your next Disney Cruise Line or Disney Parks vacation to any destination in the world, including Disney’s private island Castaway Cay in the Bahamas.