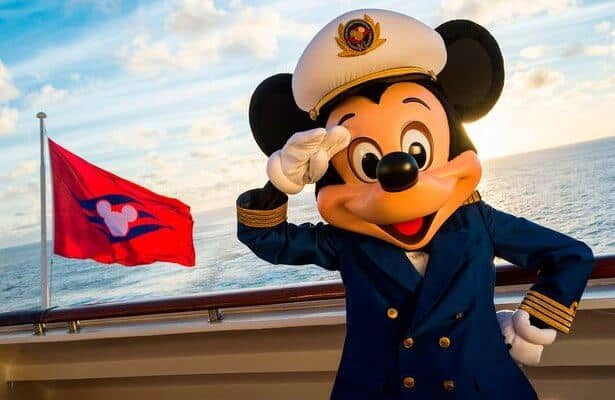 We recently reported that Disney Cruise Line is considering a third Florida port in Fort Lauderdale’s Port Everglades. The cruise operator already offers cruises out of both Port Canaveral and, seasonally, Port Miami in the Sunshine State.

Now, Broward County, Florida has approved a motion for Disney Cruise Line and Port Everglades to begin formal discussions for a berth in Terminal 4 at the port. The official motion reads:

MOTION TO WAIVE competitive selection requirements for a marine terminal and berth user agreement in accordance with Section 32.10 of the Broward County Administrative Code and authorize the Port Everglades Chief Executive and Port Director to negotiate a marine terminal and berth user agreement between Broward County and Magical Cruise Company, Limited d/b/a Disney Cruise Line, to be brought back to the Board for approval.

Please let this letter serve as a formal request from Magical Cruise Company, Limited d/b/a Disney Cruise Line, seeking authorization to engage in formal discussions and negotiations with Broward County- Port Everglades, regarding a berth and terminal agreement for CT-4 for use by Disney Cruise Line ships.

As you may know, there are three new ships joining the Disney Cruise Line fleet through 2025, with the first being the Disney Wish which is scheduled to set sail in Summer 2022. All three ships will be powered by liquefied natural gas and, at approximately 144,000 gross tons and 1,250 guest staterooms, will be slightly larger than the Disney Dream and Disney Fantasy, currently sailing out of Port Canaveral.

As a result of this fleet expansion, Disney Cruise Line has intentions to homeport a ship capable of carrying approximately 3,500 guests on a year round basis in South Florida. We look forward to hearing from you regarding our request, and hope to engage in such negotiations upon receipt of a positive position from the Board of County Commissioners.

Presumably, Disney ships sailing out of Port Everglades would have Bahamian and Western Caribbean itineraries, probably involving a stop at Disney’s private island, Castaway Cay. As mentioned in the letter, the new Triton Class Disney Wish is slated to begin Bahamas cruises next summer, with two sister ships to follow.

The next step in the process is for Port Everglades begin formal discussions with Disney Cruise Line which if the discussions progress, this new agreement negotiated with Disney will be brought back to the Broward County Commissioners for approval.

Time will tell if Disney Cruise Line is considering leaving PortMiami permanently as the Port Everglades agenda item language above suggests, or if this is a long term plan for when the Disney Wish’s sister ships go into service.

At the time of publication, The Walt Disney Company has not announced a domestic return-to-sailing date for its existing fleet — the Disney Dream, the Disney Fantasy, the Disney Magic, and the Disney Wonder. CEO Bob Chapek has been optimistic about a fall 2021 return, but nothing has been confirmed.

Bear in mind that Disney’s cruise ships will have to comply with both company COVID-19 protocols and the Centers For Disease Control and Prevention’s Conditional Sailing Order (CSO).

What do you think about a third DCL port in Florida?