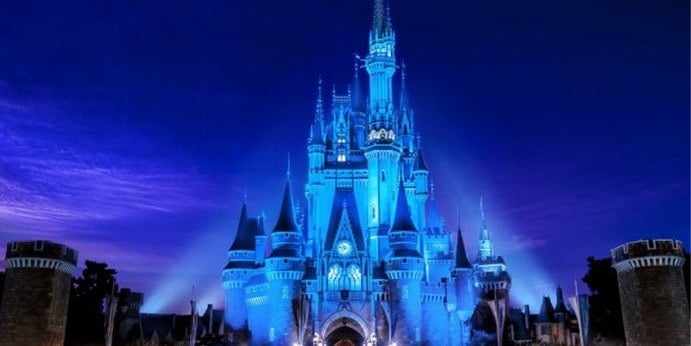 Today is the big day! Disney+ is celebrating its second anniversary with the very special “Disney+ Day“! While Disney+ subscribers are enjoying new offerings available from the streaming giant today, such as the Disney+ original film, Home Sweet Home Alone, and the Pixar short film Ciao Alberto, Disney Parks are also going BLUE for the big day.

Disney+ is on a roll with exciting news about upcoming Disney films such as the reveal of the Sanderson Sisters photo in Hocus Pocs 2, the new Disenchanted logo, and even the live-action Pinocchio premiere time frame. But, if you’re in a Disney Parks today… well, you’re in luck! From Walt Disney World Resort to Disneyland Paris, Disneyland Resort, and beyond, Disney is offering special perks today for Disney+ subscribers in the Parks. Experiences include early Theme Park entry, character appearances, merchandise, and more. Plus, what better way to celebrate Disney+ Day than by turning the Disney Park icons blue for all things Disney+.

Spaceship Earth at EPCOT and the infamous Hollywood Tower Hotel at Disneyland Paris are also glowing blue as part of the Disney+ celebration.

Check out the Disney+ Day blue carpets rolled out throughout the Disney Parks… and even take to the big blue with Disney Cruise Line!

If you’re not already a Disney+ subscriber, you can join in the celebration with a special, introductory offer, and get one month of Disney+ for only $1.99, then $7.99/mo.

Are you in the Parks today to enjoy the Disney+ Day perks, or are you enjoying the new streaming entertainment right at home?