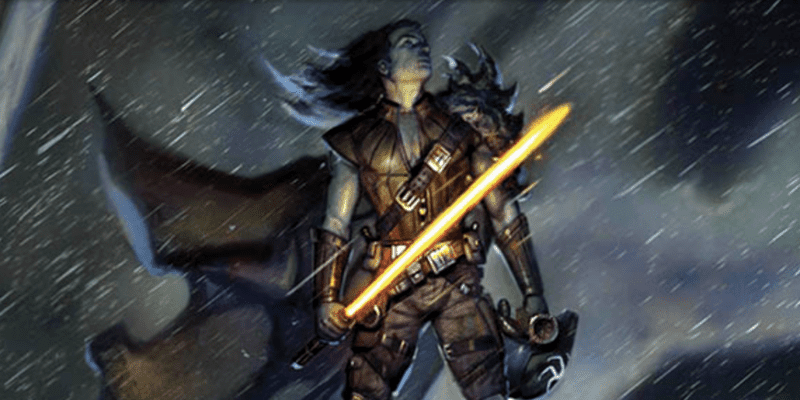 When the Star Wars: The High Republic multimedia initiative launched in early 2021, Star Wars fans weren’t entirely certain what to expect from this brand new era in the Star Wars universe.

Set about 200 years before George Lucas’s Skywalker Saga begins with Star Wars: Episode I – The Phantom Menace (1999), the High Republic age has introduced a host of new characters — and a young version of Grand Master Yoda — during the apex of the Jedi Order.

This “untethered” and “unchained” age sees the Jedi at the pinnacle of their cultural relevance in the Star Wars galaxy. But, even as young Jedi Knights like Keeve Trennis, Avar Kriss, and Stellen Gios.

Although these characters don’t have the name recognition of Luke Skywalker (Mark Hamill), Princess Leia Organa (Carrie Fisher), or Darth Vader (David Prowse/James Earl Jones/Hayden Christensen) — and they haven’t appeared in live-action, at least not yet — the High Republic is setting the stage for all of the adventures these Star Wars icons have gone in in the original trilogy and beyond.

Now, Star Wars has confirmed that it is about to unveil the origin of its “scariest” villain ever, and it’s not Darth Vader, Darth Maul (Ray Park), or even Kylo Ren (Adam Driver) — no, it’s the High Republic’s Marchion Ro, a marauder who isn’t a Sith Lord, but has the moral compass (or lack thereof) of one.

Like Darth Vader or Count Dooku before him, Marchion Ro is a commander of armies. By the end of Star Wars: The High Republic: Light of the Jedi [written by Charles Soule], the Nihil are newly unified around Ro, focused on him instead of his remaining lieutenants. He paints his face with blood in a dramatic gesture he knows full well is a symbol more important than his actual actions. Before, they were a ragtag collection of pirates who came to him for access to hyperspace Paths, the shortcuts through the galaxy that give the Nihil their predatory advantage. After, they see Marchion as more than a figurehead holding the key to the map: instead, he’s a deadly force in his own right, who shapes the Nihil raiders according to his will.

Perhaps even more alarming that Ro’s military prowess, however, is his intelligence. He is seemingly always one step ahead of those who are chasing him and, though he may not always have a solid plan in place, he always has a goal — and that, as Ro explained to Loden Greatstorm is even more critical.

The potentially iconic Star Wars villain said, “Plans can fail, at any step along the way. I have a goal, and goals can be achieved in any number of ways.”

Intriguingly, Ro’s intelligence also extends to his treatment of people. He knows, for example, that in order to achieve his end, he must treat Mari San Tekka with compassion when she finds herself held captive by ruthless pirates instead of conducting hyperspace exploration.

Now, Star Wars has confirmed that Marchion Ro’s backstory is coming. Per the official announcement:

Star Wars: The High Republic — Eye of the Storm #1 will reveal the origins of Marchion Ro, menacing leader of the Nihil and enemy of the Jedi at the very height of the Order. Ro is neither Sith nor gangster, but a ruthless marauder with a thirst for power

We won’t have to wait long to discover how the Star Wars franchise’s latest calculating antagonist was made — this issue is due to hit shelves in January 2022.

Are you a Marchion Ro fan?