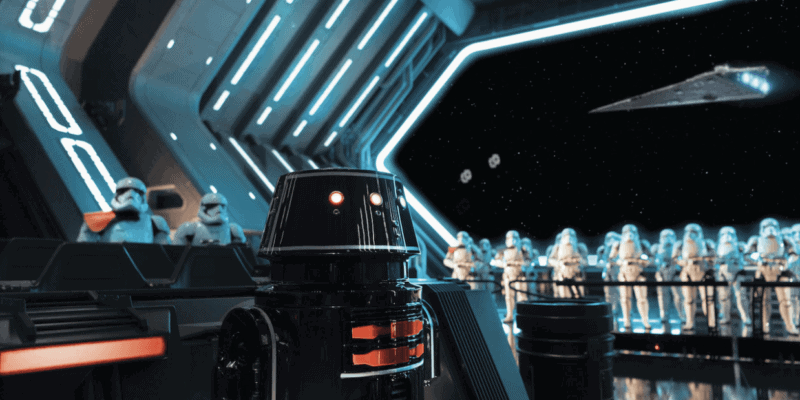 Related: Disney World Starts the Weekend With Over 20 Ride Closures

WDW Stats on Twitter has been documenting all of the closures, starting with the Seven Dwarfs Mine Train at Magic Kingdom Park:

Seven Dwarfs Mine Train has been temporarily interrupted. On average, an interruption takes 65 minutes.

The Snow White and the Seven Dwarfs-themed roller coaster reopened after 24 minutes this morning.

Seven Dwarfs Mine Train has been reopened after an interruption of 24 minutes. https://t.co/9vAJ3zWpj7 #SevenDwarfsMineTrain #MagicKingdom #WDW #WaltDisneyWorld #DisneyWorld

Not long after Mine Train closed, the popular Tomorrowland Transit Authority PeopleMover broke down:

The Magic Kingdom ride reopened to Guests after 51 minutes.

Test Track has been temporarily interrupted. On average, an interruption takes 64 minutes.

Speedsters were able to once again enjoy this ride after 50 minutes.

The Twilight Zone Tower of Terror has been temporarily interrupted. On average, an interruption takes 32 minutes.

The Tower of Terror once again began transporting Guests to the Fifth Dimension after 33 minutes.

The Twilight Zone Tower of Terror has been reopened after an interruption of 33 minutes. https://t.co/K8pkVk6jMC #HollywoodStudios #WDW #WaltDisneyWorld #DisneyWorld

WDW Stats also shared details about the Rise of the Resistance closure:

Star Wars: Rise of the Resistance has been temporarily interrupted. On average, an interruption takes 41 minutes.

The Star Wars sequel trilogy-themed ride did not reopen to Galaxy’s Edge Guests for 76 minutes.

Star Wars: Rise of the Resistance has been reopened after an interruption of 76 minutes. https://t.co/RaDcwvBblS #RiseOfTheResistance #GalaxysEdge #HollywoodStudios #WDW #WaltDisneyWorld #DisneyWorld

Other popular attractions, such as Peter Pan’s Flight, “it’s a small world”, and Big Thunder Mountain Railroad have also closed temporarily today. Bear in mind that Walt Disney World Resort Cast Members do everything in their power to keep rides and attractions operational all day, every day.

However, unexpected downtime does sometimes occur due to mechanical problems and general maintenance. Check the My Disney Experience app for the latest details if you are visiting Disney World property today.

The official description of Seven Dwarfs Mine Train reads:

The official description of the PeopleMover reads:

The official description of Tower of Terror reads: