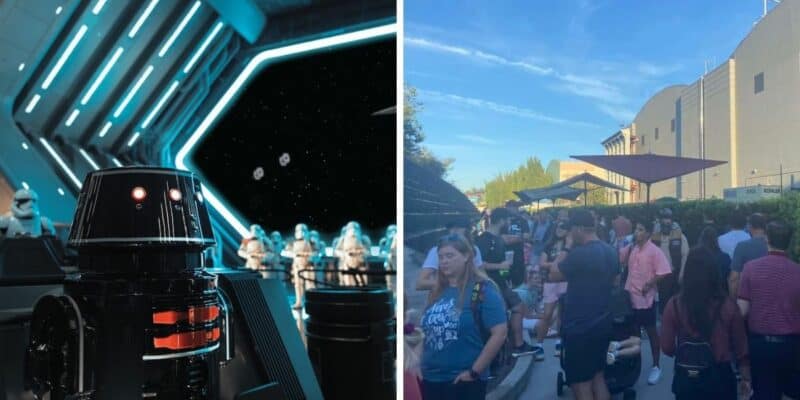 The popular Rise of the Resistance ride at Disney’s Hollywood Studios decided to pause virtual queues and move to a standby line a few weeks ahead of the Lightning Lane debut, Disney’s new paid FastPass system.

Now, even with Lightning Lane, the Star Wars ride is drawing long lines, filled with eager Guests who either do not want to pay to ride or could not grab a Lightning Lane spot prior to it selling out.

On Monday, October 25, Rise of the Resistance posted a wait time of 115 minutes, which you can see in the screenshot below, taken at approximately 1:00 p.m. EST.

Prior to Lightning Lane debuting, Rise of the Resistance has posted at times as high as 150-minutes in the past, so it seems a two hour, or a two and a half hour, wait time is the new normal for this ride now that it offers a standby queue.

If you want to ride Rise of the Resistance, but do not want to pay the $15 per person, or cannot obtain a Lightning Lane selection, you can opt to wait in the standby line. If you do, we recommend continuing to check the My Disney Experience app for the most up-to-date information, including the current standby wait time.