"I Needed to Urinate": Woman Asked to Leave Disney Park For Her Behavior - Inside the Magic 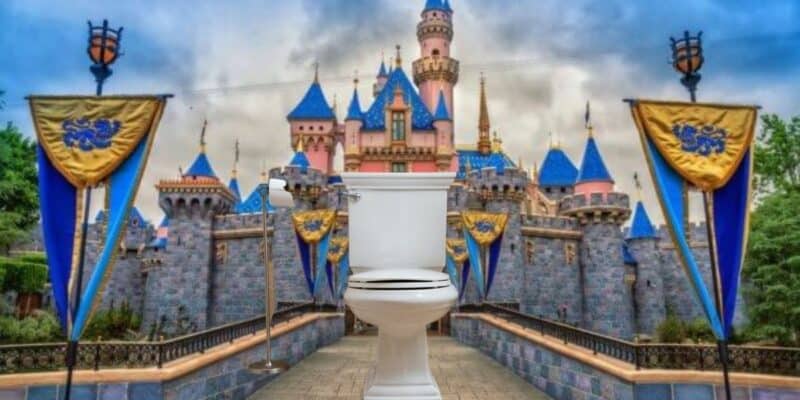 There is one thing that most Disneyland visitors know to be fact — a day at Disneyland Resort can be long, hot, and exhausting. Between the crowds, the food, and having to wait in massive lines to ride some of your favorite attractions, Disneyland can really take it out of you. That can lead to Guests making decisions that they would not make under normal circumstances.

Such a circumstance seems to have occurred at Disneyland along the waterfront in the New Orleans Square area of the theme park. A new viral video on TikTok shows a woman arguing with Disneyland Resort security as they ask her to leave. Early on in the video, the woman states that she needed to pee and accuses a Disney Cast Member of judging her for that.

Unfortunately, since the video begins mid-conversation, it is unknown as to what caused the problem in the first place. It seems that the woman had to urgently use the bathroom and, from the context of the video, may have decided to urinate somewhere in the Park that was not a toilet in one of the many Disneyland bathrooms. While, in the video, the Guest does mention that she has peed in cups in the past, it’s not known if she peed in a cup in this instance. Still, it is clear from the conversation that the Guest is being asked to leave due to an issue with her behavior.

Even though the woman was arguing with them, Disneyland Cast Members maintained their cool and continued to treat the woman with respect — as Cast Members are extensively trained to do. While it is never shown in the video, Disney is typically pretty strict on escorting Guests out of the theme park when they think that it is best for everyone for the Guest to exit the property. A Cast Member, who is a manager, tells the Guest that she has to leave theme park property, and the Guest respectfully agrees to do so.

It should be noted that Disneyland Resort has numerous restrooms located throughout Disneyland, Disney California Adventure, and the Downtown Disney District. No matter where you are in the Park, there is typically a bathroom not too far away. Guests can simply refer to their physical guide map or the map found on the Disneyland mobile app to find the bathroom nearest to their location. They can also find a Cast Member who will be glad to assist them in finding the nearest restroom.